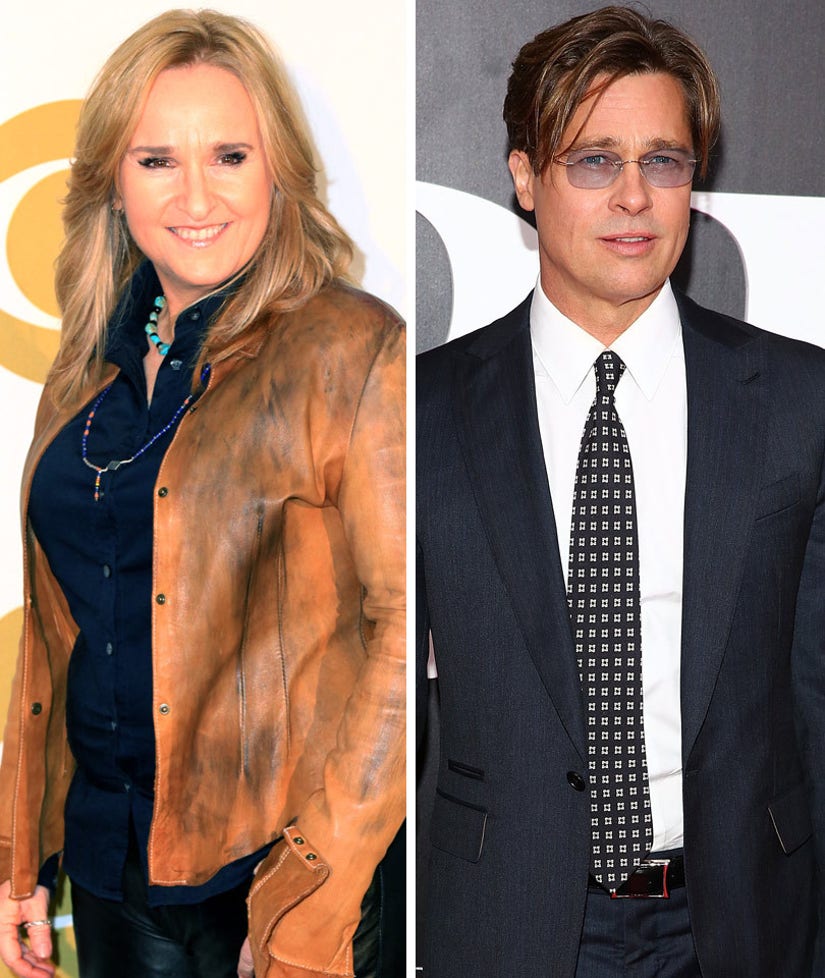 Melissa Etheridge and Brad Pitt could have been co-parents?!

The songstress got extremely candid about her family while chatting with Australia's Studio 10, where the "Come To My Window" singer revealed that she almost used Brad Pitt as her and partner Julie Cypher's sperm donor.

"Well actually, [Brad Pitt] was such a good friend of mine, and we did consider it," the 54-year-old revealed. "And yet, I looked and I saw how badly he wanted children and I thought, 'I don't want to share this with someone who really, badly wants children because my children don't need another parent – they have two.'"

Though we understand Etheridge's rationalization, her kids weren't too happy with her when they found out that they were almost related to "The Big Short" star.

"Of course, my teenagers now are like, 'I could have had Brad Pitt [as my dad]!' My son said, 'I could've been amazingly handsome!'" Melissa hilariously continued.

The "I'm The Only One" singer eventually went with her pal David Crosby, who's the sperm donor for two of her kids, Bailey and Beckett.

"It's one of the reasons why David Crosby and his wife are so perfect – because they had children," she recalled. "They were looking to do this as a gift. And my children are lovely and gorgeous anyways."

It definitely seems like everything worked out for the best though -- Brad now shares six children with wife Angelina Jolie.

What do you think about Melissa's candid comments? Sound off below and check out the gallery above to see more stars who are out in Hollywood!