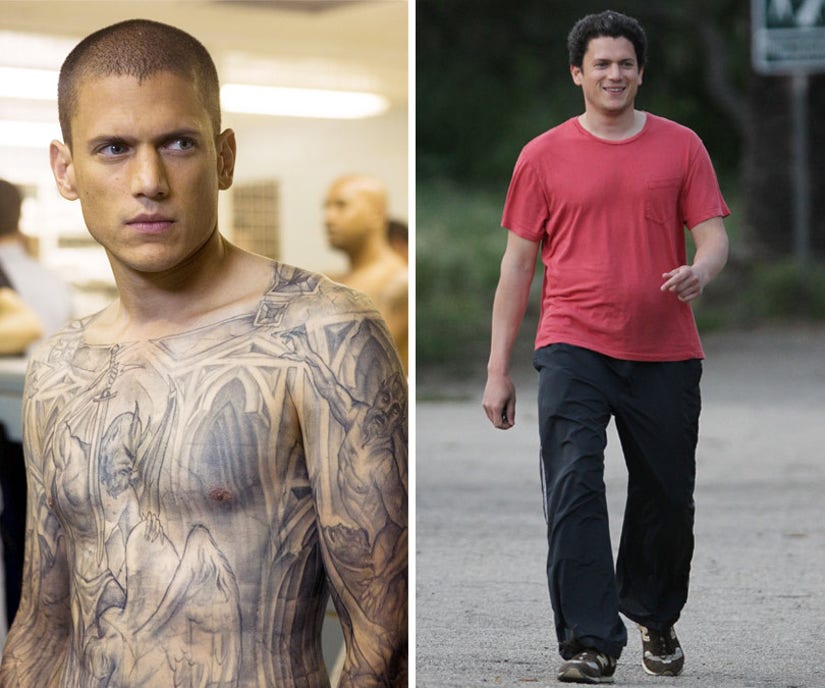 Wentworth Miller is fighting back against a new meme poking fun at his 2010 weight gain.

Yesterday, a website called The LAD Bible shared a side-by-side photo of the actor shirtless on "Prison Break" and a candid where he looked a little heavier, captioning the pic, "When you break out of prison and find out about McDonald's monopoly."

The body shaming photo racked up over 101k likes before it popped up on Miller's radar, and caused the "Legends of Tomorrow" star to open up about a particularly tough time in his life.

"Today I found myself the subject of an Internet meme. Not for the first time," he writes on Facebook. "This one, however, stands out from the rest. In 2010, semi-retired from acting, I was keeping a low-profile for a number of reasons. First and foremost, I was suicidal."

"At the time I suffered in silence. As so many do. The extent of my struggle known to very, very few," he continues. "Ashamed and in pain, I considered myself damaged goods. And the voices in my head urged me down the path to self-destruction. Not for the first time. I've struggled with depression since childhood. It's a battle that's cost me time, opportunities, relationships, and a thousand sleepless nights."

He goes on to call 2010 the "lowest point in my adult life," turning to food for "relief/comfort/distraction."

"Eating became the one thing I could look forward to. Count on to get me through. There were stretches when the highlight of my week was a favorite meal and a new episode of TOP CHEF. Sometimes that was enough. Had to be," he adds. "And I put on weight. Big f--king deal."

He says the photo above, showing him in a red t-shirt and gym pants, was taken while he was out hiking with a friend. Paparazzi were nearby trying to get photos of a reality TV show shoot ... and got shots of him instead.

"They took my picture, and the photos were published alongside images of me from another time in my career. 'Hunk To Chunk.' 'Fit To Flab.' Etc," he says of the ensuing media coverage.

"In 2010, fighting for my mental health, it was the last thing I needed," he continues. "Long story short, I survived. So do those pictures. I'm glad."

"Now, when I see that image of me in my red t-shirt, a rare smile on my face, I am reminded of my struggle," he reflects, looking back. "My endurance and my perseverance in the face of all kinds of demons. Some within. Some without. Like a dandelion up through the pavement, I persist."

Though he says "it hurt to breathe" when he initially saw the meme on his feed, he says he won't let it hurt him anymore.

"I get to assign meaning. And the meaning I assign to this/my image is Strength. Healing. Forgiveness," he says in conclusion. "If you or someone you know is struggling, help is available. Reach out. Text. Send an email. Pick up the phone. Someone cares. They're waiting to hear from you. Much love."

After Wentworth's response to the meme went viral, the site that originally posted it apologized to Miller.

"We posted two pictures of you last night to our Facebook page, but today we want to say we've got this very, very wrong," they write. "Mental health is no joke or laughing matter.We certainly didn't want to cause you pain by reminding you of such a low point in your life. Causing distress and upset to innocent or vulnerable people is simply not acceptable."