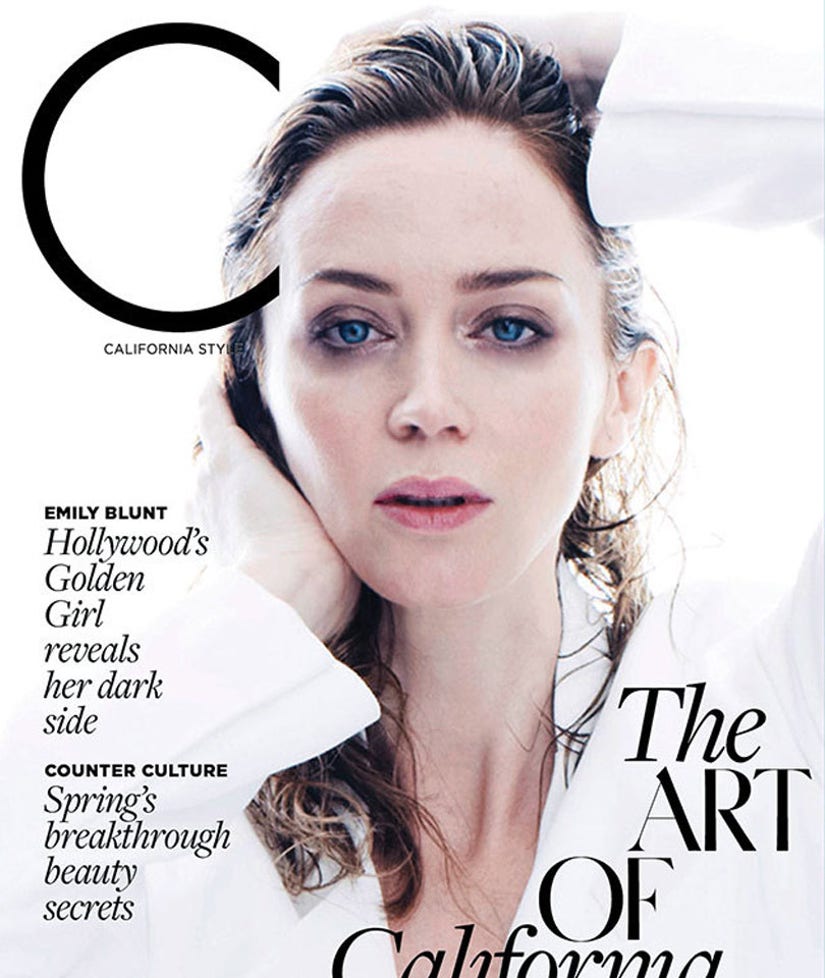 Emily Blunt might be expecting, but that doesn't mean she's not super busy!

The gorgeous actress covers the new issue of C magazine, where she opens up about her second pregnancy, dishes on her new movies and reveals if she'd ever share the big screen with her hubby John Krasinski.

Emily and John already share a 2-year-old daughter together, Hazel, which means that even though the actress is pregnant, she still has a ton of everyday mommy duties.

"The first pregnancy is the most self-indulgent thing in the world because you get massages and prenatal yoga and hypnotherapy CDs," she told the mag. "During this one I forget that I'm even pregnant. I'm hoisting my 2-year-old around!"

The 33-year-old beauty also reveals that she tried to keep their baby news under wraps for as long as she could, especially while she was filming "The Girl on the Train."

"[The Girl on the Train] was actually more physical than I realized, which worried me a little, but I wasn't telling anyone until a little later on," Blunt explained. "I told a couple of people like [co-star] Justin Theroux pretty early because he and I were doing some of the physical stuff together. He's my friend, and I think he knew anyway—you know how friends just have a feeling."

The actress -- who will also star in "The Huntsman: Winter's War" as Frea -- says she loved playing an evil queen too.

"You'd be surprised by how much I enjoyed [playing an evil queen] and how easy it was to be this person, which is worrying," she joked. "She's not just this rampaging villain. She's actually someone who, as delusional as she is, is thinking she's doing the right thing—and that was exciting to me." 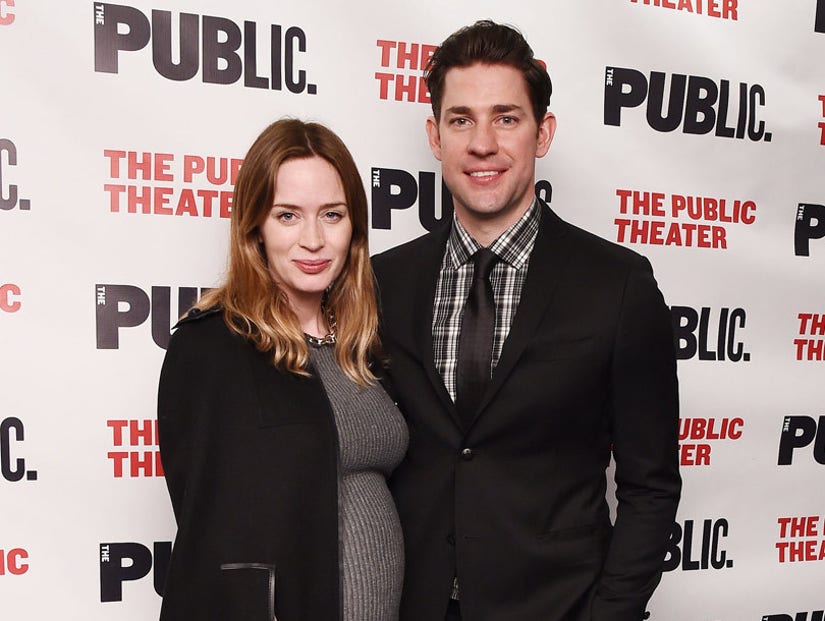 Though she and "The Office" alum have yet to share the big screen together, she's definitely open to the idea.

"I think we would prefer it to be something where we're not married or boyfriend and girlfriend," sheconfessed. "Our chemistry is not up for public consumption. We'd like to do a play. That would be cool."

What do you think about Emily's candid comments? Tell toofab below and check out the gallery above to see more expecting stars!