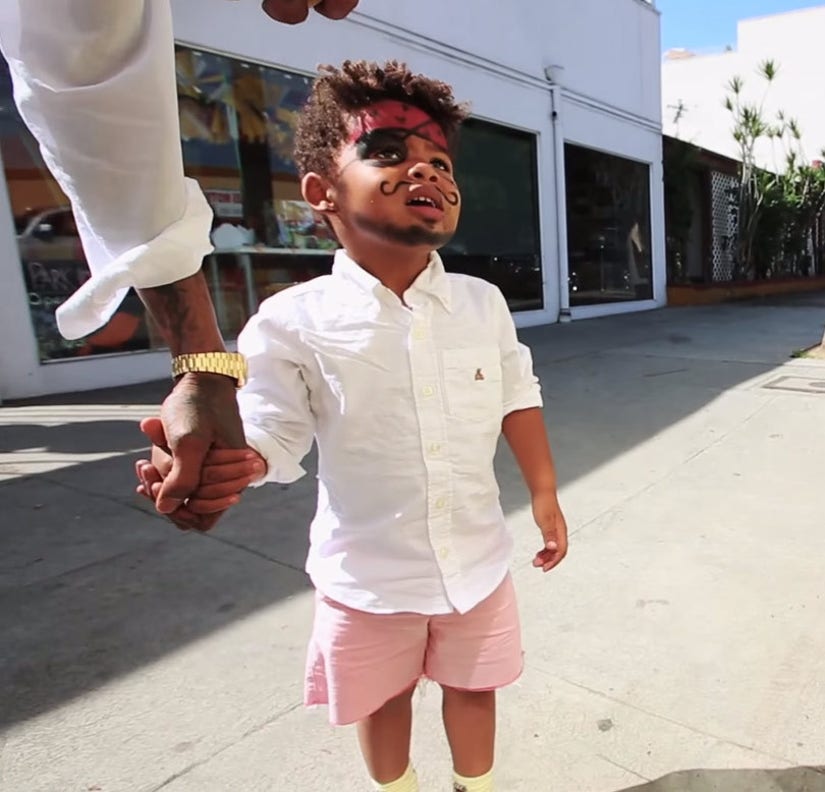 Wiz Khalifa's son may be following in his musical footsteps!

Sebastian, 3, makes a cute cameo in his dad's new music video for "Zoney" -- and we can't believe how big he is now.

(Warning: Before Bash pops up, there is explicit language and drug use!)

The clip starts out with the rapper rolling a joint as he throws out some dicey lyrics. But, he cleans up his act when his mini-me comes into a scene on the playground.

The father-son duo spends the day playing games and getting ice cream, and fans even get to hear Sebastian telling his dad "I love you." The tiny tot even pokes fun at his dad by imitating Wiz's signature laugh.

Amber Rose's ex recently talked about how becoming a father has changed his life.

"I think it's just a part of growing up," he continued. "You know, everybody has that point where they grow up and you get more responsibilities and schedule your life and you do things a little bit differently than you did when you was younger and you're not able to be as wild and as spontaneous. You know what I'm sayin'? Structure is always needed, so my kid coming into my life and helping me structure everything has helped me as a person and as a business person."

The rapper admitted that he learned the importance of self-discipline and independence at an early age.