Beyonce is the latest star to capitalize on this fitness fashion trend!

The pop star announced her new activewear line, Ivy Park, on Thursday with a new promo video. In the clip, the 34-year-old beauty flaunts her hot bod in a number of belly-baring looks from the brand as she gets her workout on in the gym and in the rain.

As the video plays, Bey opens up about inspirations the behind the line.

"I would wake up in the morning and my dad would come knocking on my door, tell me its time to go running. I remember wanting to stop but I would push myself to keep going. It taught me discipline and I would think about my dreams," she says in a voiceover. "I would think about the sacrifices my parents made for me. I would think about my little sister and how I was her hero. I would look at the beauty around me, the sunshine through the trees. I would keep breathing. There are things I'm still afraid of. When I have to conquer those things, I still go back to that park. Before I hit the stage, I go back to that park. When it was time for me to give birth, I went back to that park. The park became a state of mind, the park became my strength. The park is what made me who I am. Where's your park?"

Check out the clip above to see Queen B in action! 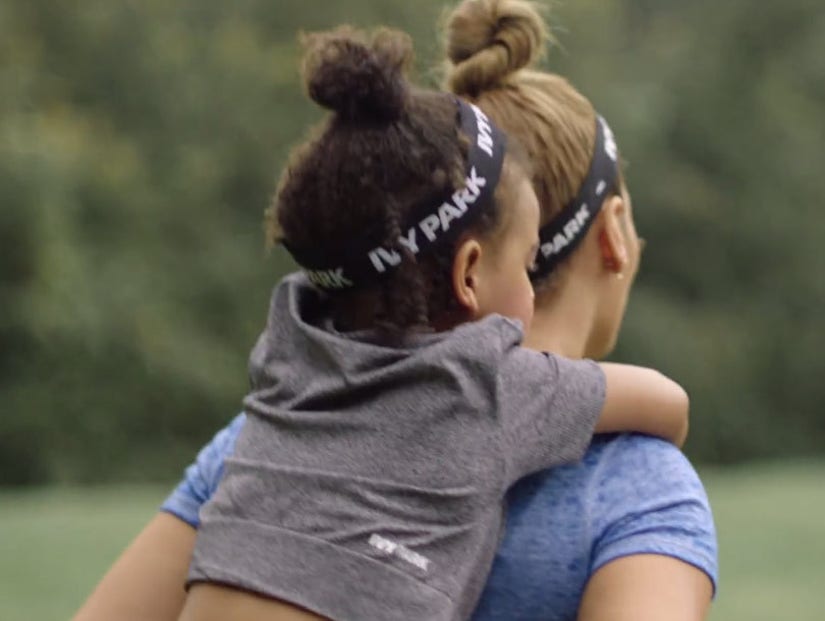 We also love how the "Drunk in Love" singer included daughter Blue Ivy in the commercial. Near the end of the two-minute clip, you can see Knowles carrying little Blue on her back as she treks through the great outdoors.

The Ivy Park line -- which reportedly will carry over 200 different pieces -- will be available in stores and online April 14th.

What do you think about Beyonce's new fitness line and commercial? Tell toofab in the comment section below and check out the gallery above to see more of Bey's best family candids!