Warning: This video contains some explicit language and brief flashes of nudity.

This might be Rihanna's most sensual music video ever.

The singer just dropped the Craig McDean-directed clip for "Kiss It Better," which starts with her rocking nothing more than a skimpy, sheer nightie, as dice dance on her body.

As the black and white clip goes on, RiRi flaunts her nipple piercings in a totally see-through top ... before eventually going completely topless.

Despite some risque subject matter though, the video itself isn't all that raunchy. Dare we say it's beautiful? 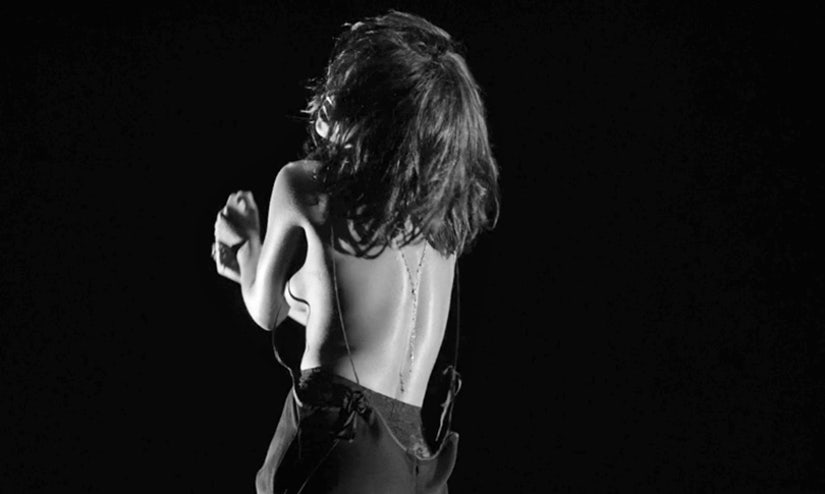 The 28-year-old recently opened up about her new sound in Vogue, where she admitted she's grown tired of the pop genre in general.

"I wanted a year to just do whatever I want artistically, creatively," she says of her reasons for taking time off. "I lasted a week."

"I just gravitated toward the songs that were honest to where I am now," she says of the tracks on "Anti." "It might not be some automatic record that will be Top 40. But I felt like I earned the right to do that now."

What do you think of the new track? Sound off below!