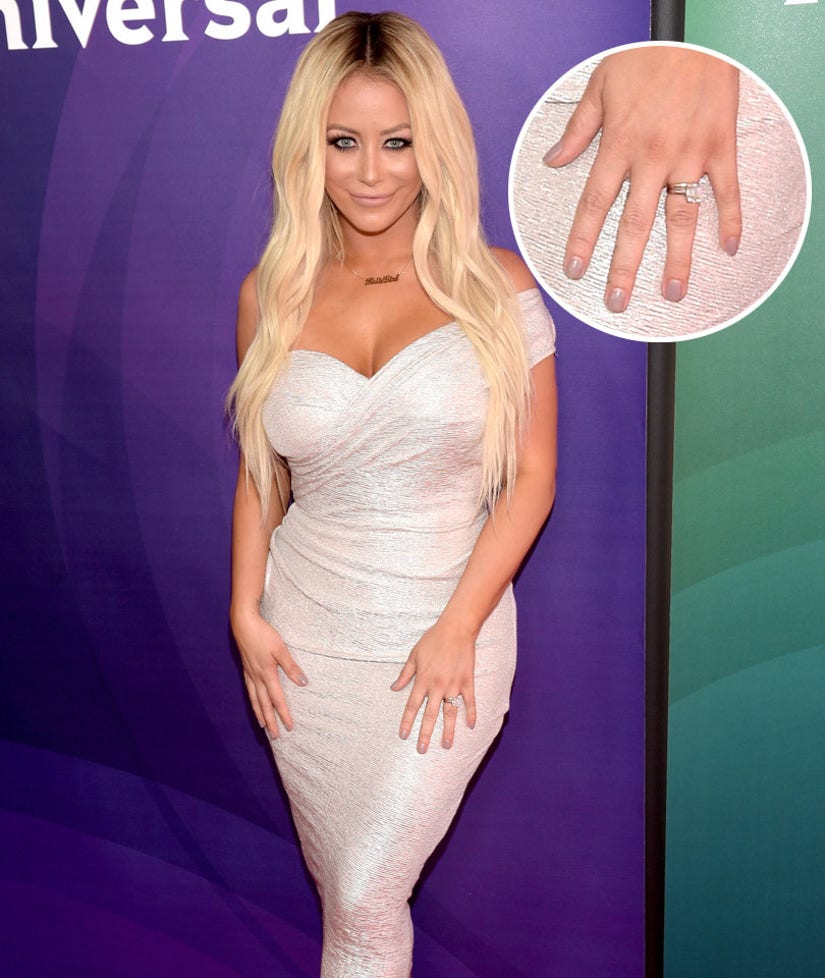 UPDATE: As with most things today, this was another April Fool's prank. "No longer Famously Single, but got you April Fools' bitches," she tells E!

Did Pauly D put a ring on it?

So far, neither star has confirmed any sort of engagement news, but she did post a photo of the sparkler on Instagram earlier today. We reached out to both of their reps but didn't immediately hear back.

Worth noting: it is April Fool's Day, so they could be pulling a fast one on us. Ugh, today's the worst in celebrity news!

The two started dating back in November, after meeting on the set of their new reality show, "Famously Single."

"We connect in a really interesting way," Aubrey told E! of the "Jersey Shore" alum back in February. "The show is about all of us coming together, dating, learning through a dating coach how to go out there and approach people that are better suited for us and kind of get over the issues that we were having. And it ended up just like becoming like this chemistry happened within the house with a few of the cast-mates and Pauly and I were one of them. Which everybody always laughs I feel like people think we're completely different but ended up being pretty alike in a lot of ways."

"I mean, it's definitely something you're gonna want to tune in and watch we have a very funny relationship," she added. Her favorite qualities about her beau? "Pauly's wit. He's incredibly funny and smart and very talented."

"You're falling in love with me?" Aubrey asks him at one point.

The series premieres June 14 on E!