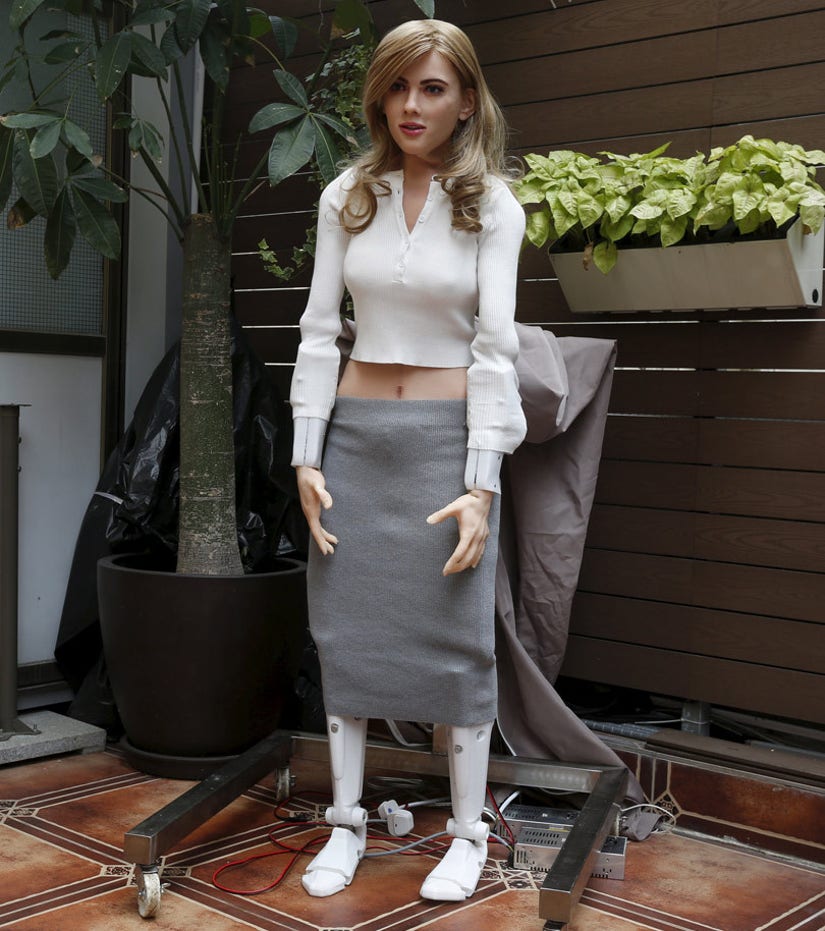 No, this isn't an April Fool's prank.

Ricky Ma, a Hong Kong product and graphic designer, has created a female robot he calls Mark 1 -- and while he says he doesn't want to reveal which "Hollywood star" he modeled her after, we're getting some extremely strong Scarlett Johansson vibes here.

We're also getting a little creeped out.

Reuters interviewed Ma about his creation, which he says took about a year-and-a-half and over $50,000 to build.

"I figured I should just do it when the timing is right and realize my dream. If I realize my dream, I will have no regrets in life," he tells the publication of his science project.

Mark 1 can respond to compliments, make a fist and, creepiest of all, wink.

According to the interview, Ma's robo-friend had motor issues and would often topple over while he was working on her ... though, with that top-heavy chest and those slim legs, we can see why.

In a video over on Reuters' YouTube page, you see Ricky tell his female companion, "Mark 1, you are so beautiful." Her response: a giggle and "Thank you." How polite.

See her in motion at the source -- pretty bizarre, right?