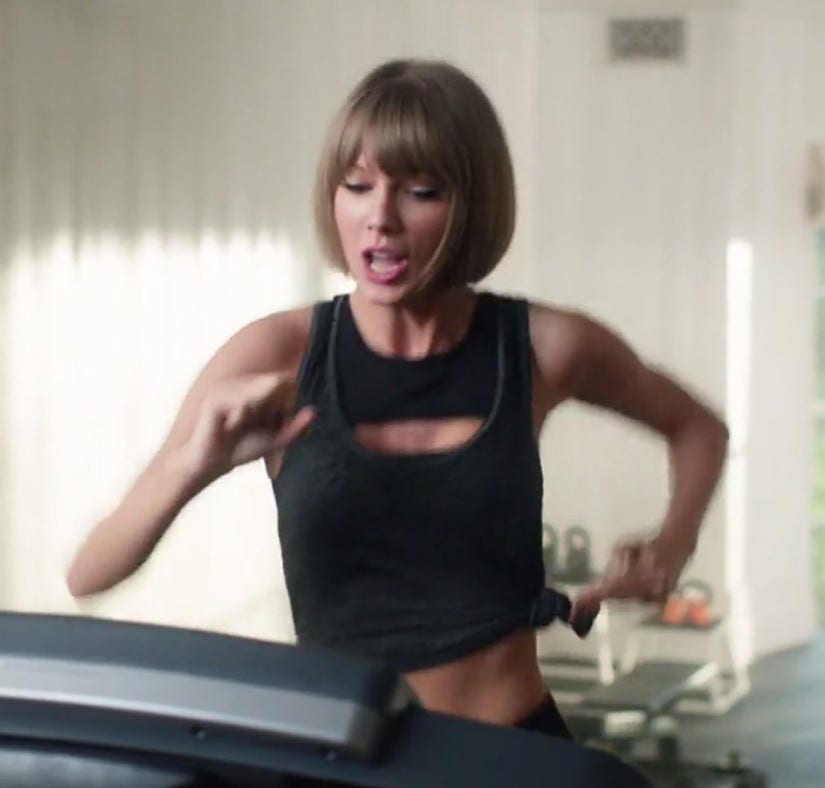 We all know that Taylor Swift can sing, but did you know she could rap too?!

In a new Apple Music commercial, the "Bad Blood" singer spits some rhymes as she runs on the treadmill -- but the workout doesn't exactly go as planned.

Shortly after she gets through a few verses of Drake and Future's hit, "Jumpman," she trips over her feet and flies off the machine. (Yes, really!)

"Based on true events," she wrote alongside the commercial on Twitter.

Check out the clip below to see her in action -- we're still impressed by her rap skills. Well played, Taylor!

Swift has had bad blood of her own with Apple Music in the past.

Last year, Swifty wrote at length about Tumblr why she didn't want her album "1989" on the streaming service -- complaining that free trials mean artists lose compensation for their work.

"This is not about me. Thankfully I am on my fifth album and can support myself, my band, crew, and entire management team by playing live shows," Swift wrote at the time. "This is about the new artist or band that has just released their first single and will not be paid for its success. This is about the young songwriter who just got his or her first cut and thought that the royalties from that would get them out of debt."

Apple clearly listened and decided to change its terms.

Judging by today's commercial, it looks like everything is in the past now!

What do you think of her ad? Sound off below.