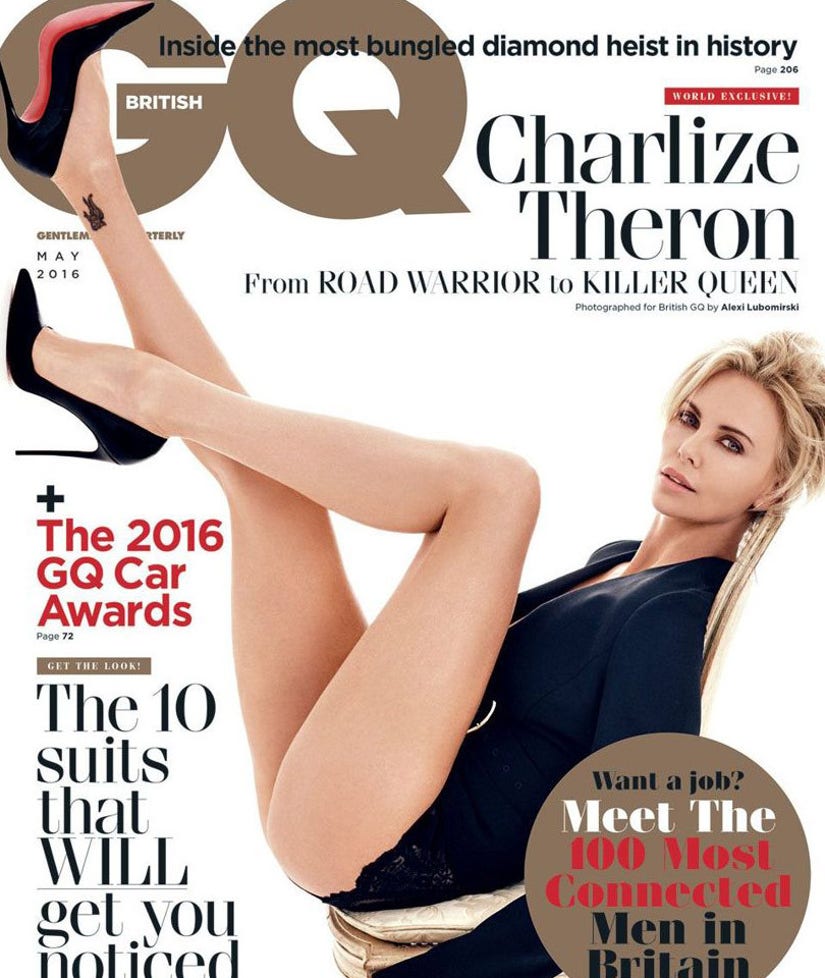 Charlize Theron wants us to feel bad about her beauty.

The Oscar-winning actress opens up about the struggles pretty people in Hollywood face when it comes to casting in a new interview with British GQ.

Stunning on the cover of the May issue, the 40-year-old star looks absolutely gorgeous in a black bodysuit. But those good looks haven't always been in her favor.

"Jobs with real gravitas go to people that are physically right for them and that's the end of the story," she tells GQ. "How many roles are out there for the gorgeous, f***ing, gown-wearing eight-foot model? When meaty roles come through, I've been in the room and pretty people get turned away first."

While she's won an Academy Award, she only did it after stripping away her stunning exterior to play serial killer Aileen Wournos. Theron packed on 30 pounds for the role and wore prosthetics. She got quite the makeunder for her work in "North Country" as well, which garnered her another Oscar nom.

And she not only had a prosthetic arm in "Mad Max: Fury Road," but Charlize also got a buzz cut to play Imperator Furiosa. Of course, she still rocked the hell outta that bald head.

In the GQ interview, she also sounds off on aging in Hollywood -- and how it's easier for men.

"We live in a society where women wilt and men age like fine wine," she says. "And, for a long time, women accepted it. We were waiting for society to change, but now we're taking leadership. It would be a lie to say there is less worry for women as they get older than there is for men... It feels there's this unrealistic standard of what a woman is supposed to look like when she's over 40."

What do you think about Charlize's candid remarks? Sound off below!