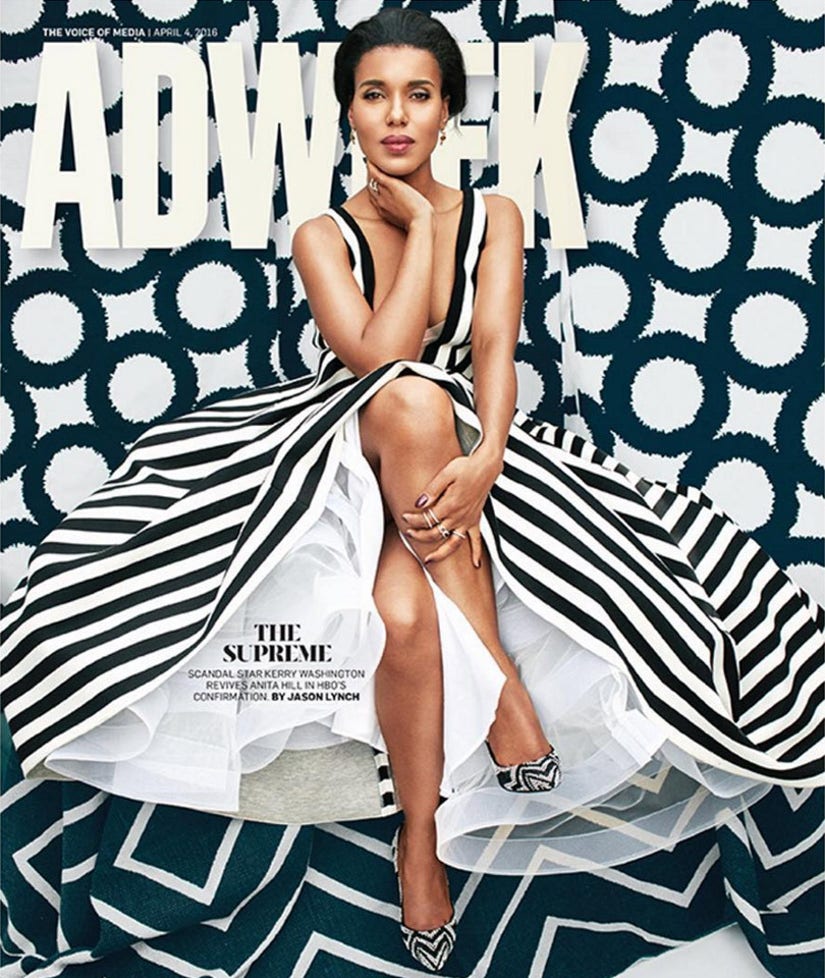 Kerry Washington has a lot of feelings about her new Adweek cover -- and they aren't positive ones.

While the "Scandal" star calls it a "privilege" to be profiled in the new issue, she's not a fan of the photo they used on the front of the mag.

"I'm not one to be quiet about a magazine cover. I always celebrate it when a respected publication invites me to grace their pages. It's an honor. And a privilege. And ADWEEK is no exception," she says in a new Instagram post. "I'm proud of the article. And I like some of the inside images a great deal. But, I have to be honest... I was taken aback by the cover."

"Look, I'm no stranger to Photoshopping. It happens a lot," she continues. "In a way, we have become a society of picture adjusters - who doesn't love a filter?!? And I don't always take these adjustments to task but I have had the opportunity to address the impact of my altered image in the past and I think it's a valuable conversation."

"It felt strange to look at a picture of myself that is so different from what I look like when I look in the mirror. It's an unfortunate feeling," she adds. "That being said. You all have been very kind and supportive. Also, as I've said, I'm very proud of the article."

This isn't the first time one of the actress' covers has come under fire.

In 2015, InStyle was accused of lightening Kerry's skin. The publication later explained that bright lighting was actually to blame -- adding that they did not digitally alter her skin tone.

In 2013, she appeared on the cover of Lucky magazine looking nothing like herself.

What do you think about this later Photoshop fail? Sound off below!