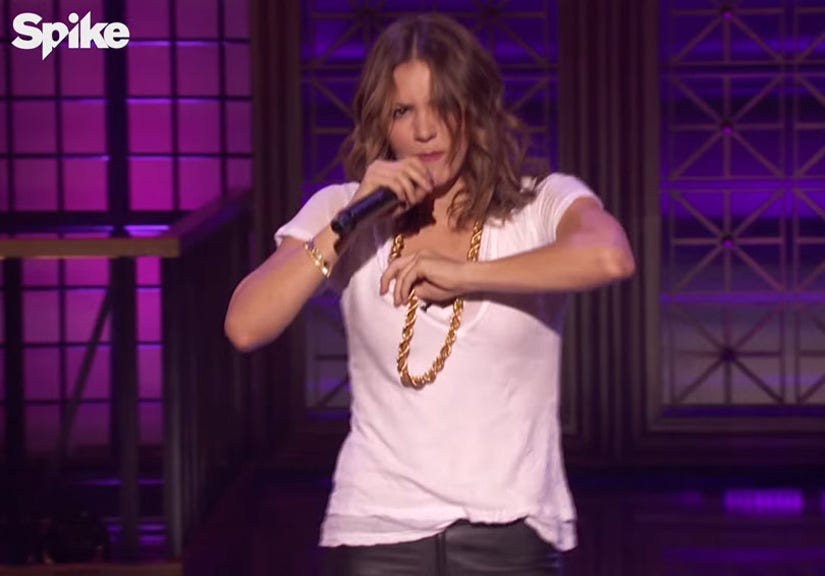 Katherine McPhee has some moves!

The "American Idol" alum is battling it out with Jason DeRulo on this week's episode of "Lip Sync Battle" -- and she's proving to be a tough competitor in the sneak peek of her rendition of Mystikal's 2000 hit, "Shake It Fast."

In the clip, the "Scorpion" star shakes her booty as she flawlessly recites the rap lyrics. Not only does she pop her derriere to the music, but she even grabs money out of her bra and tosses it in the crowd!

Derulo and hosts LL Cool J and Chrissy Teigen are clearly impressed by her performance -- she leaves all three of them with their mouths open.

While the singer definitely came to play, Jason has his own tricks up his sleeve.

Sporting a long wig and sparkly, low v-neck jumpsuit, the "Talk Dirty" crooner does a spot-on impression of Rick James for his performance of "Super Freak."

Check out both previews here -- and don't miss the full episode of "Lip Sync Battle" on Thursday at 10 p.m. ET. on Spike.

Who do you think will win this battle? Sound off with your predictions below!