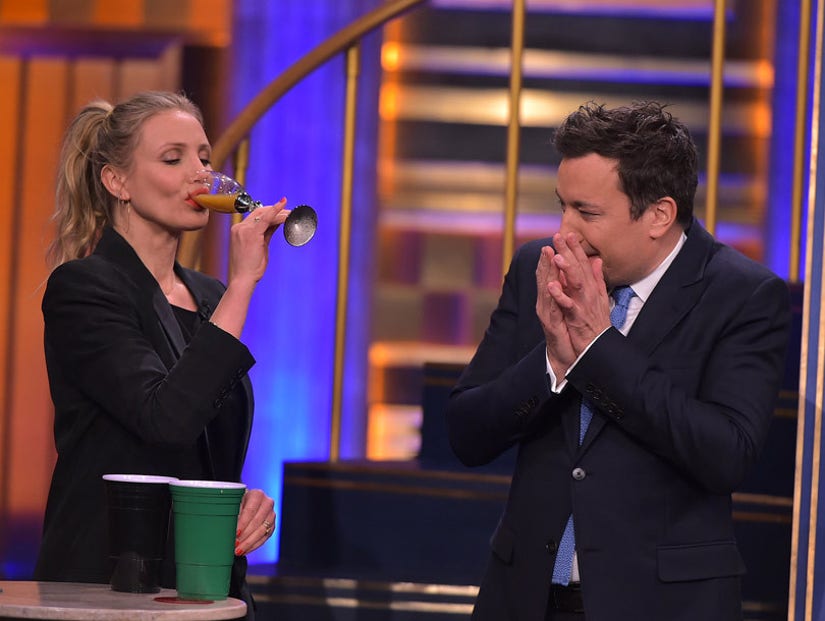 Cameron Diaz just proved that she's up for anything!

The actress stopped by "The Tonight Show" on Wednesday night, where she battled host Jimmy Fallon in a hilarious (and disgusting!) game of "Drinko."

The rules were simple: the players had to drop a chip down a board lined with cups of different liquids at the bottom. Whatever cups the two chips landed in, they had to combine the contents and drink up.

Cam went first, drawing salsa verde and kale smoothie. Much to Fallon's surprise, his guest opted to drink her own cups!

"Those are two of my favorites," she said. "This is like best-case scenario for me."

Next up, Jimmy was forced to drink his own two cups -- which were filled with prune juice and salsa verde.

"I really feel like I'm going to get sick," he said before tasting the concoction.

For the final round, the two joined forces to create the last drink. Whoever's disc hit the bottom first, had to drink it.

After the "SNL" alum cheated and dropped his disc early, he was forced to drink Limoncello and absinthe.

Check out the clip to see these two in action!