Ellen DeGeneres is taking a stance!

The comedienne takes a moment on Thursday's "The Ellen DeGeneres Show" to lay into the Governor of Mississippi Phil Bryant, whose anti-LGBT bill passed this week.

The law will allow people of the state to deny those of the LGBT community certain rights based on the proposal of maintaining "religious freedom."

"I thought a lot about what I wanted to say today, and there's something I want to get off my chest," the 58-year-old comedienne explained in a new sneak peek of Thursday's episode.

"It's a mole that looks like it's changed shape, but I'm gonna talk to my doctor about that. What I really want to talk about today is what happened this week in Mississippi. Um, I don't know what Mr. Sippy is doing, but I'm very worried about Mrs. Sippy," Ellen continued.

"So, if you don't know, the Governor of the state signed a religious freedom bill, which might sound good because the word 'freedom' is in it, but here's what it means: Under the law, if you say for religious reasons you can 'deny gay people marriage, adoption and foster care services; fire or refuse to employ them; and decline to rent or sell them property,'" DeGeneres, who's been out for over 20 years, explained. 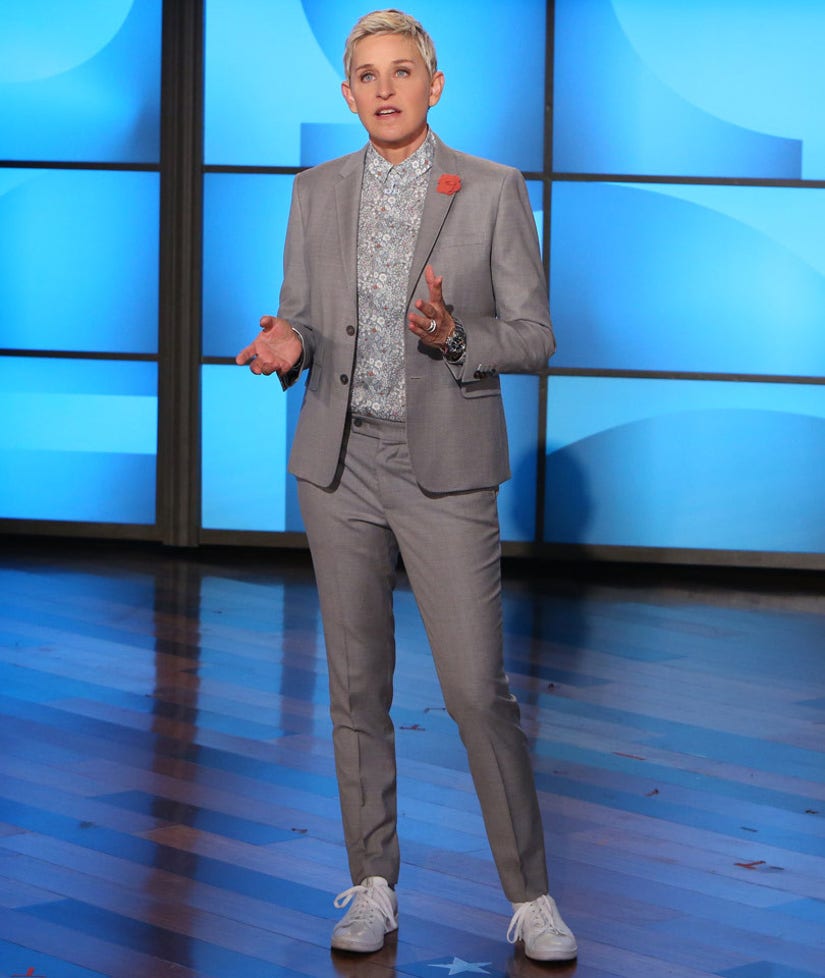 "Now, I'm not a political person, I'm really not," she revealed. "But this is not politics, this is human rights. I mean, and when I see something wrong, I have to talk about it. It's the same thing that I do when I see men wearing Spandex in line at Starbucks. It's wrong and I need to discuss it."

"So, this issue is very personal to me, obviously. I'm disappointed for several reasons," she confessed. "First of all, Mississippi is the only state I know how to spell. Second of all, that is the definition of discrimination. It is also something that the Supreme Court already ruled on when they made marriage a right for everyone, everyone. And they're Supreme."

It's no wonder the bill has struck a chord with the actress for numerous reasons -- she grew up in the South, specifically Metairie, Louisiana.

"I grew up in the South right next door, in Louisiana. I used to go to Mississippi as a kid all the time … [If] you're saddened by the fact that people are judging you based on who you love, don't lose hope," she shared. "I was fired for being gay and I know what it feels like. I lost everything. But look at me now. I could buy that Governor's mansion, flip it and make a $7 million dollar profit. I mean look, there's already so much inequality in the world: women's rights, gender pay gap, racism … I think we need to remember that we are more similar than we are different. And we all want the same things. Love, acceptance, kindness."

We love that Ellen is using her public platform to take a stance -- what do you think about DeGeneres' comments? Sound off below and check out the gallery above to see more stars who are out in Hollywood!