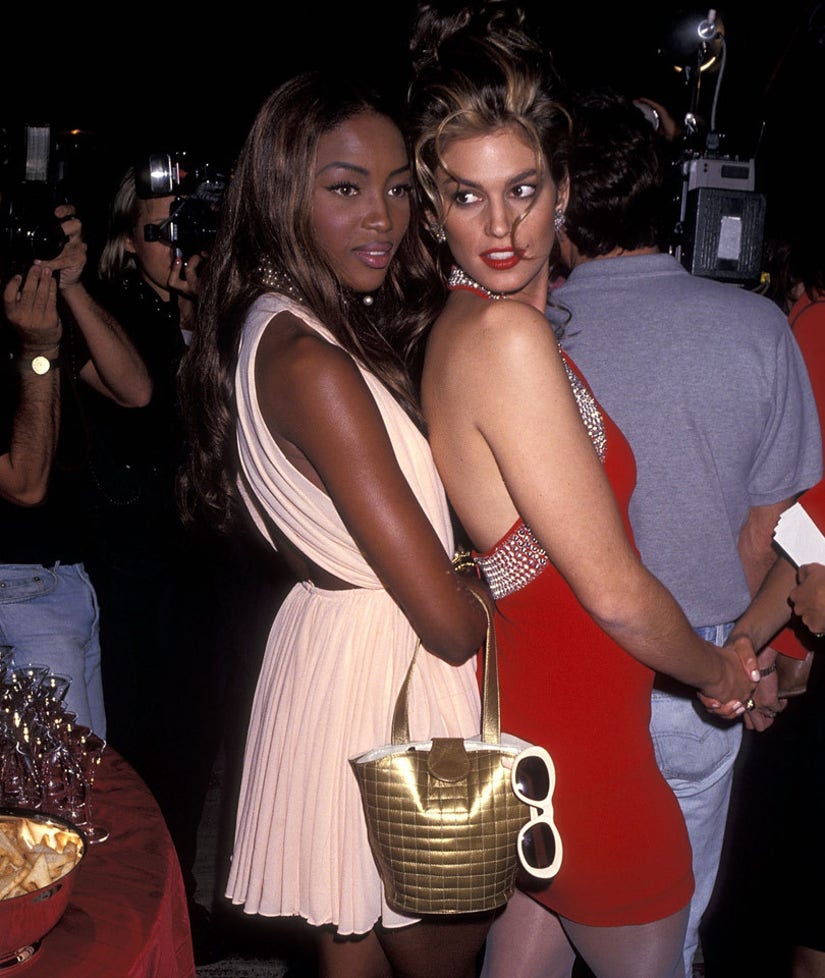 Naomi Campbell, the reigning legend of British fashion, had a reputation for her 'tude ... but it hasn't stopped her from making some long-lasting friends in the modeling biz.

Now 46, the London-born glam queen took a thinly-veiled swipe in at the whole #SquadGoals sensation pioneered by younger celebs like Taylor Swift.

While she was fondly remembering her own girlfriends from the '80s and '90s modeling scene, she dismissed the new term. "We were never a 'squad,'" she tells PEOPLE. "We were just friends."

Naomi was referring to a posse of fashion icons that included models "Linda [Evangelista], Christy [Turlington], Cindy [Crawford], Tatjana [Patitz] , Stephanie [Seymour]," whom she claims "were not looking to call us a group or like, alliance. We just were friends, end of story."

Well, Naomi may disdain the s-word, but from her description, it sounds like her squad should actually be our goal.

"What people don't understand is that we never had any competition or bitchiness between us," she revealed. "We really were friends. We cared to hang out with each other when we're not working and have dinner together. I always tell people it was my time, my people, my girls, well, my ladies — because they are ladies."

"We were very supportive of each other, and we still are. That's the thing," she doubled down. "We still are."

"If something great happens to one of us, we're the first to wish each other congratulations," SEE, e.g., the happy birthday tweet she sent out last month when Cindy turned 50.

"#HappyBirthday @CindyCrawford this is a miles stone of a birthday and you look 30!!!! LOVE YOU!!! ," she wrote under a photo of them in 1990, in Thierry Mugler outfits.

Naomi's reflective mood is the result of her new Taschen book, a two-volume Collector's Edition in which she dishes about her career alongside a slew of throwback photos.

If you've got a couple grand you don't know what to do with, it should be a fun read!