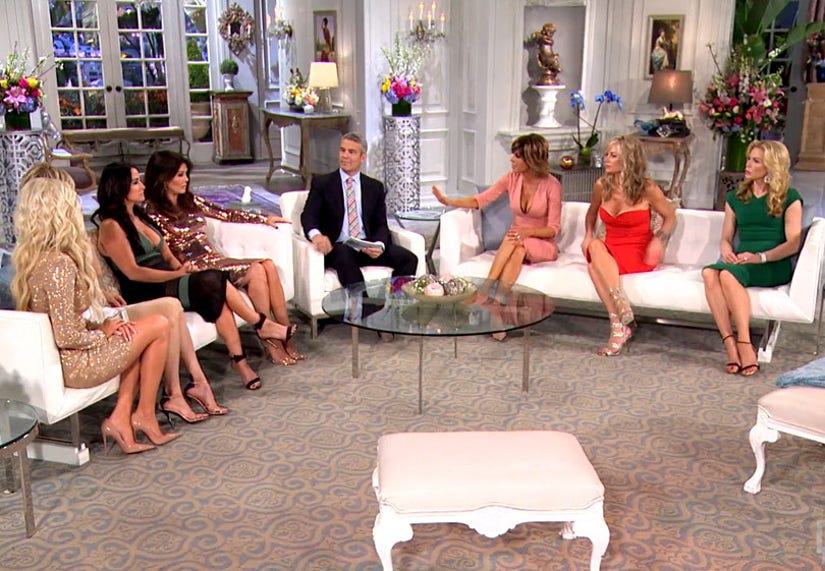 This is going to be intense.

Bravo's three-part reunion with the "Real Housewives of Beverly Hills" will begin next month and it looks like there's going to be a lot of drama.

In a new sneak peek of the special, we see Lisa Rinna confront Lisa Vanderpump about everything she's supposedly been doing behind the scenes of the show this season ... much, apparently, at Yolanda Foster's expense.

During the reunion, Lisa brings up Vanderpump's role in the whole "Munchausen's syndrome" conversation -- something Rinna seemingly accused Yolanda of having instead of Lyme disease earlier in the season. And according to Harry Hamlin's wife, while the ladies were celebrating Rinna's birthday, Lisa made a comment about Yolanda's health after Foster made her brief makeup-free appearance.

"Harry said we need to support this woman whether she is sick or no and that's when you went 'There goes our f--king story line!'" Rinna says about the night in the video.

"No, I did not say that," the "Vanderpump Rules" star declares, as Yolanda tries to mask the tears in her eyes. "The cameras were there all night."

"Are you kidding me?" Vanderpump says in disbelief.

"I'm sorry Yolanda," Rinna exclaims. "I'm sorry that I brought it into this," she says, as Vanderpump tries to chime in.

"I'm not done!" Rinna shouts. "I got a phone call from you and you encouraged me to say 'Munchausen's,'" she says to Lisa.

"You called me at home," Rinna explains, before pulling out the phone records to prove so. "And you encouraged me to say this!"

That's when Yolanda stands up and walks out of the room with her BFF Erika Jayne following after her.

Are you excited to see what else goes down at the reunion? Sound off below and check out the gallery above to see more "Real Housewives" before the fame!

Make sure to check out the reunion special when it premieres on Bravo May 10th at 8PM ET/PT.