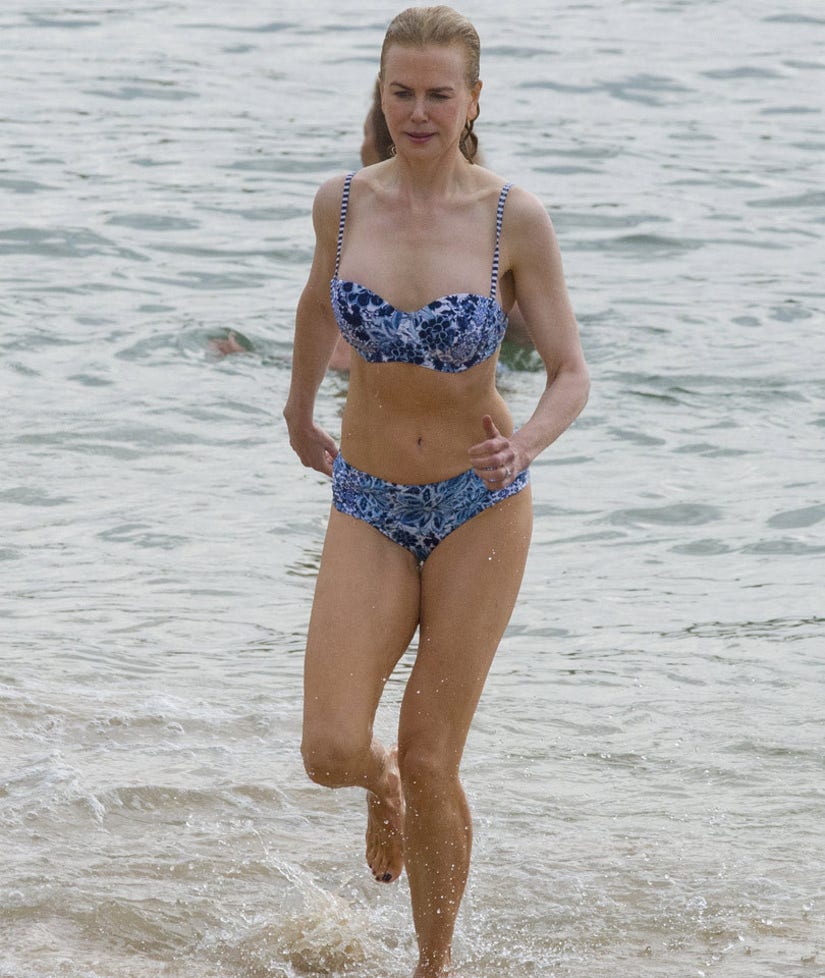 Nicole Kidman is an ageless beauty!

The actress was spotted going on an early morning ocean swim at Balmoral Beach with her mother Janelle Ann Kidman recently in Sydney, Australia.

The mother-of-four looked gorgeous as she showed off her svelte figure in a floral-printed, blue bikini. Kidman also flaunted her fresh face as she went makeup-free while exiting the ocean.

It's amazing that the "Secret in Their Eyes" star is almost 50-years-old and her body looks like this -- Keith Urban is one very lucky man! 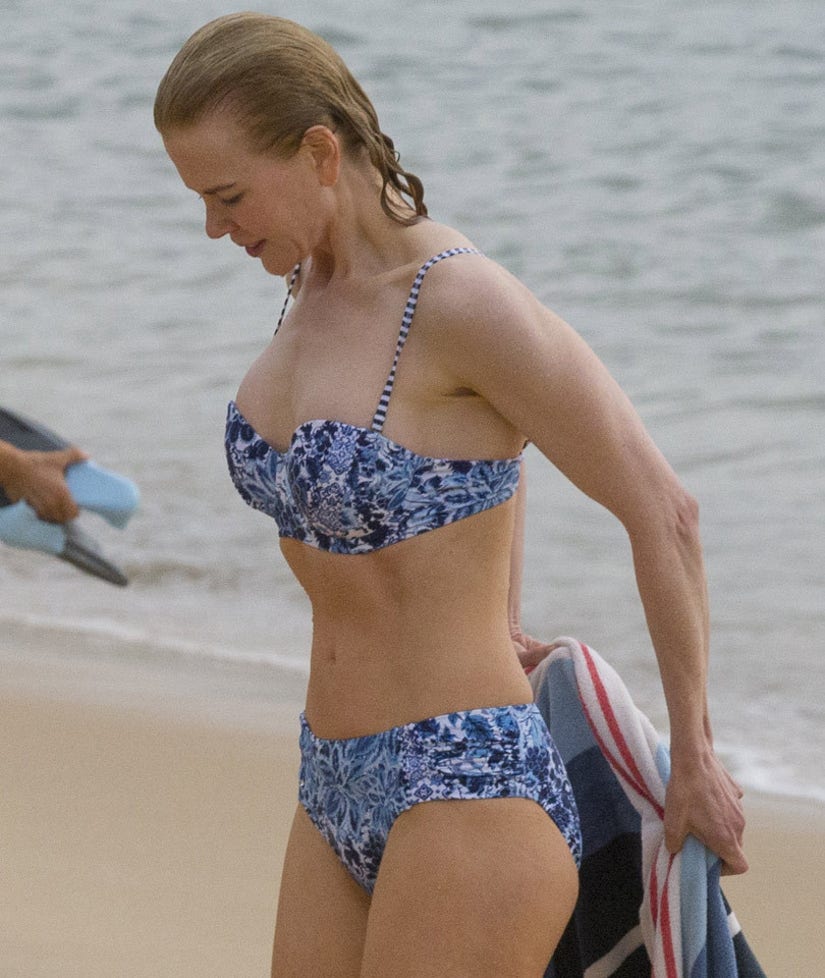 The high-profile pair has had a whirlwind few weeks, too. Nicole accompanied Urban to the Academy of Country Music Awards in Las Vegas last Sunday, before Keith put on a killer performance at "American Idol's" season finale on Thursday.

The actress recently actress got candid about her family life in the April issue of Marie Claire Australia, revealing that while she loves her children, she won't be having any more kids in the future.

"I'm done with babies," she told the mag. "But it's a great time for us as a family because we've got these two glorious children who are five and seven and such a joy to be around!"

The actress is already mom to daughters Sunday Rose, who she welcomed in 2008, and Faith, delivered via surrogate in 2010, with hubby Keith Urban. She also shares adopted children Isabella and Connor Cruise with ex-husband Tom Cruise.

The "Moulin Rouge" star is clearly happy with her family and reveals that she and the country singer make it a priority to never be away from each other for long periods of time.

"We spend five days apart at the most and that's it...once you commit to that, everything becomes simple because we make all of our decisions around that priority," she said. "I don't want to be away from him for one night, and I love that we both still feel that way.

What do you think about Kidman's killer beach bod? Tell toofab in the comment section below and check out the gallery above to see more celebs at the beach!