Charlize Theron picked up the first golden popcorn of the night at the 2016 MTV Movie Awards -- and thanked both of her children during her acceptance speech.

The sexy star picked up the trophy for Best Female Performance for "Mad Max: Fury Road."

"First and foremost, I really have to thank my director George Miller. I have to thank Warner Bros, Village Roadshow, our incredible cast," she started out.

"Shout out to the South Africans. I want to thank my beautiful son, Jackson, for putting a smile on my face everyday," she added. "He was with me when I made this film."

Theron adopted Jackson back in March 2012.

"The story of 'Fury Road' is in part the story of the power of women and the power to create our own destinies," Theron continued. "So tonight I accept this reward on behalf of my own little Furiousa, my daughter, August Simone, and on behalf of all of the Furiosas out there, you are the true warriors. thank you so much."

Charlize adopted her daughter in 2015. 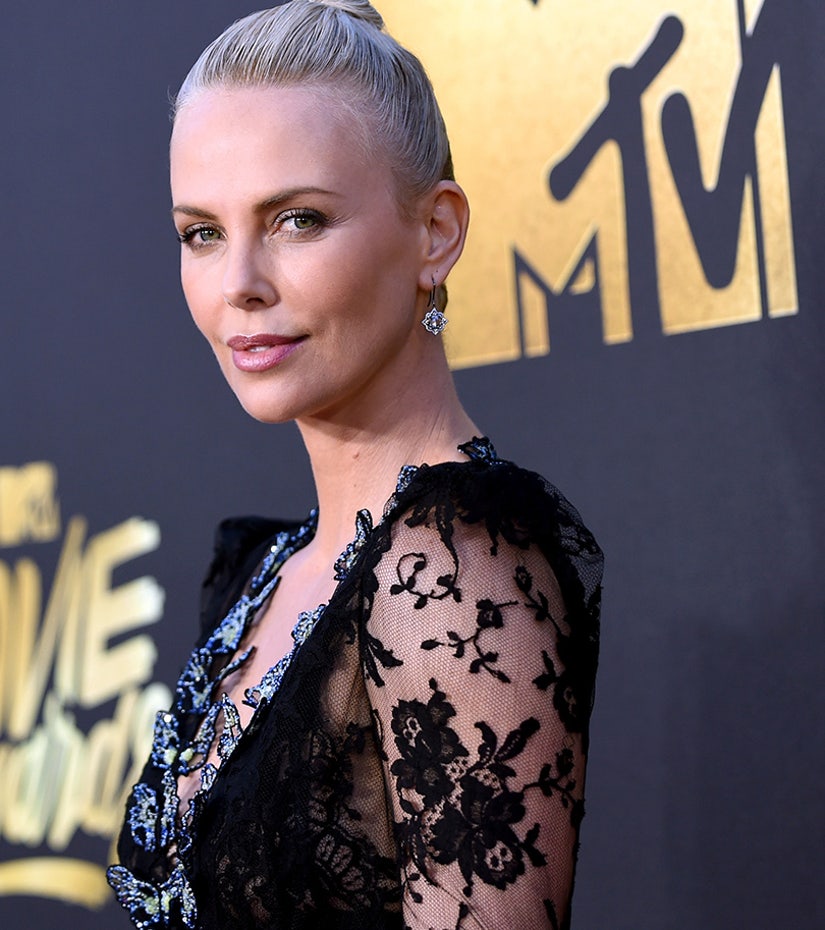 Theron recently opened up about August in an interview with the Wall Street Journal, saying her ex, Sean Penn, wasn't involved with the adoption.

"In my honesty about wanting to have more kids, there was an understanding that a relationship had to go somewhere before it was going to be — what you hope for, which ultimately did not happen," she admitted. "I couldn't foresee that, but that stuff takes time, and I think it's my responsibility as a mother to protect my child from that. And so we had a very clear understanding. He knew that I was thinking about filing for another adoption but that we weren't filing together."

"When you're with somebody and it comes to kids, you can't bulls---," Charlize declared. "And so I was always very honest with Sean that I wanted to have more kids. And he was very supportive."