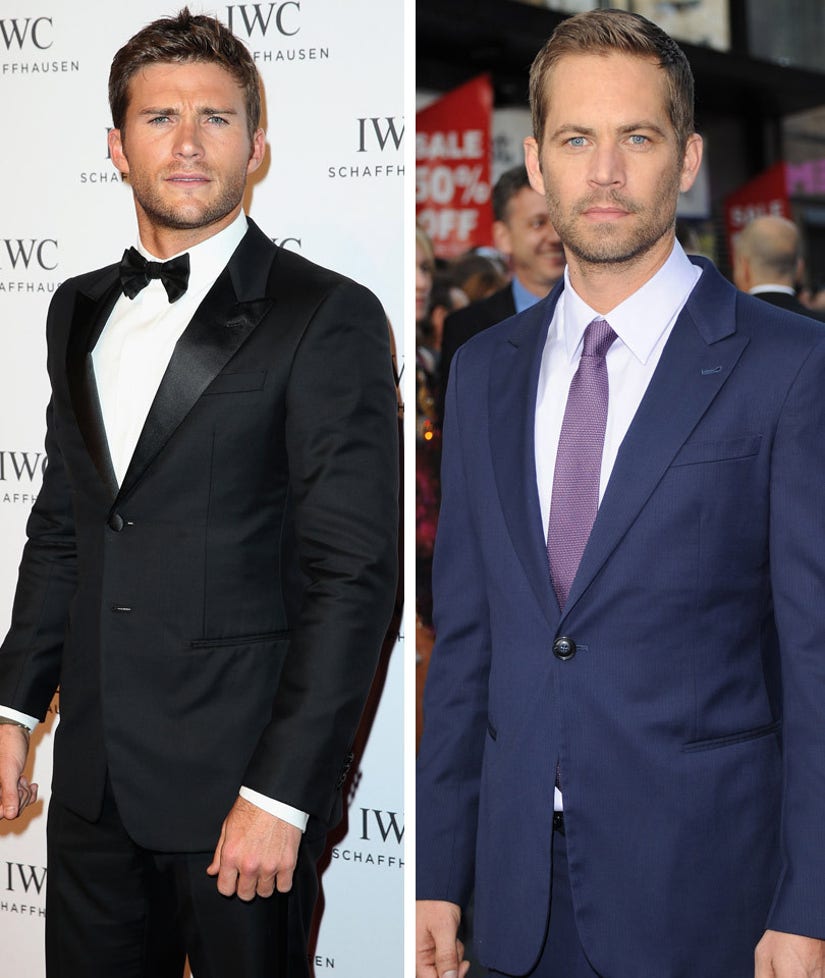 Scott Eastwood has some exciting news!

The gorgeous son of Clint Eastwood took to Instagram on Monday, where he revealed he will star in the upcoming "Fast & Furious" movie, "Furious 8."

Eastwood shared a headshot of him with the logo "#F8" and opened up about the gig in the caption.

See what the 30-year-old wrote about the opportunity below:

It's hard to put into words how excited I am for the next Fast & Furious. To me, the series is so much more than just a franchise. It's a legacy. These great actors who have been in it together for so long have become a family. I absolutely can't wait to join it.

Now I can't say too much, but I get to play a new character who operates under Kurt Russell in the movie, which is incredible, because Kurt was a total childhood hero of mine growing up. Very much looking forward to learning a thing or two from such an original and cool guy.

Paul was a close friend of mine. We surfed together, traveled together, and he was a huge role model and influencing figure in my life when I was younger. He still is. He was an older brother to me. For me to be able to add to the F&F story, Paul's story, and the FAST family is like a dream come true.

Gary Gray and Neal Moritz - I can't wait to get started and dive in. Vin - thank you for the support and the insight. Paul - I am going to make you proud. #F8

We're excited to see Scott follow in the footsteps of the late Paul Walker. The actor -- who tragically lost his life three years ago in a car accident -- starred in all of the "Fast & Furious" movies as Brian O'Conner. He died mid-way through filming "Furious 7," which was completed with the help of the late actor's brothers, Cody and Caleb.

What do you think about Scott's big news? Sound off below!