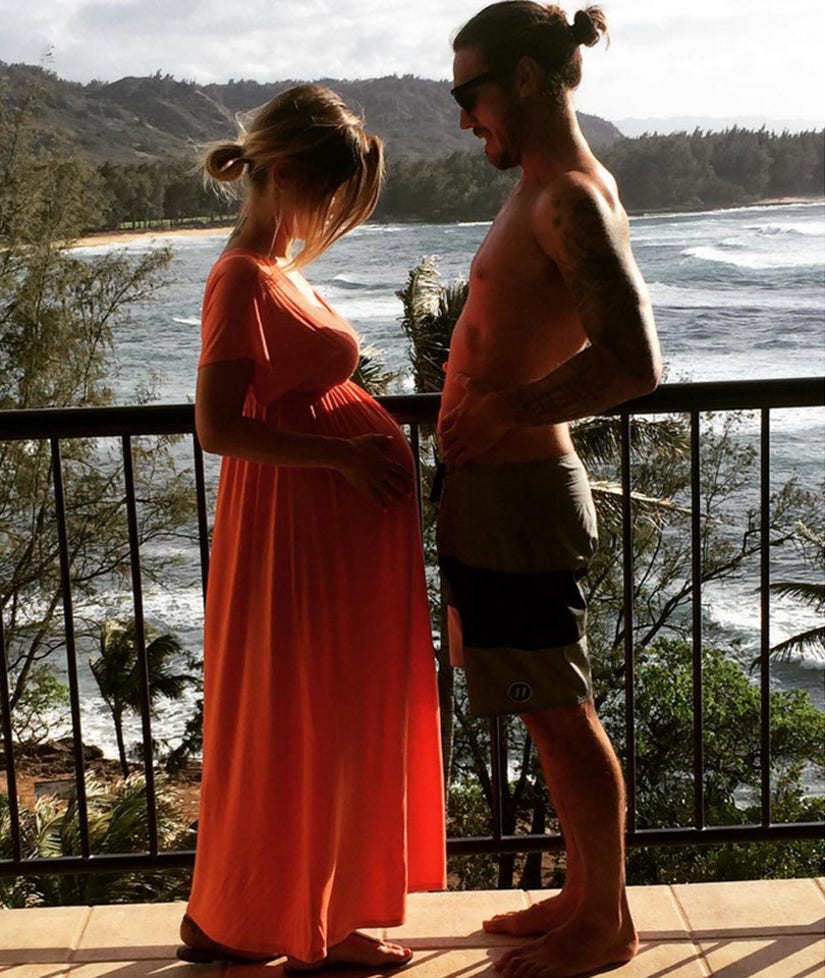 Audrina Patridge and Corey Bohan are having fun with her big bump!

The "Hills" alum took to Instagram to share a funny pic of herself comparing her belly to her fiance's, adding the clever caption, "2 buns and 1 in the oven. @caseyloza thanks for the pic."

In the pic, the mama-to-be and her shirtless future hubby are rocking matching buns in their hair.

The "1st Look" host and the BMX star are expecting their first child together -- a daughter -- who's due in July.

The couple revealed the exciting news in a post sponsored by Clearblue, where she snapped a pic of herself holding up her positive pregnancy test. Their announcement came just one month after Corey popped the question. 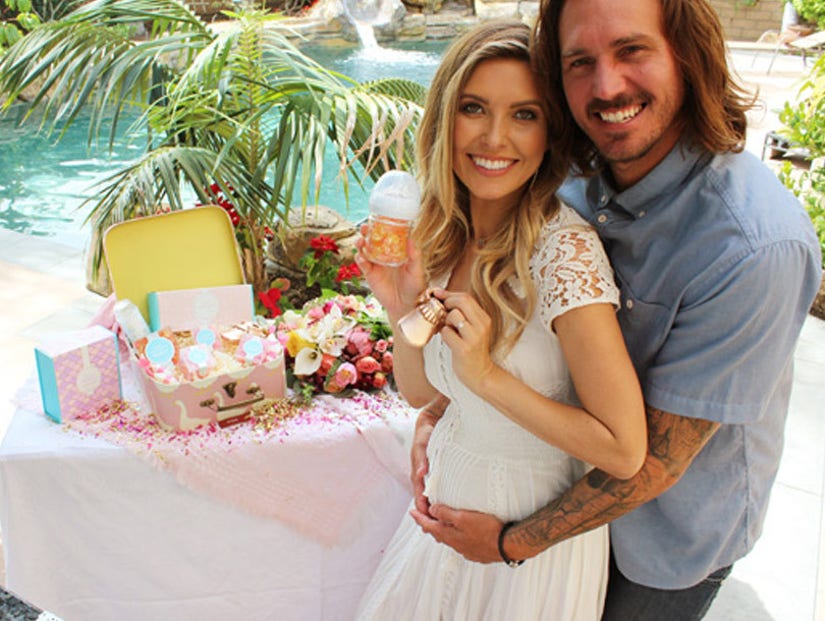 Patridge has been sharing her pregnancy journey with her fans on her blog, first detailing how she found out she was expecting.

"It started with me not feeling too well," she wrote back in December. "I didn't feel sick, but I definitely knew something was off between my mood swings an lack of energy. So, I took the test and TA-DA!"

"Being pregnant isn't easy, but on top of that, I am planning my wedding, too!" she explained in a recent blog post. "Corey and I have decided to go with our original plan and get married after the baby is born."

We can't wait to see their little girl ... and to see them get hitched!