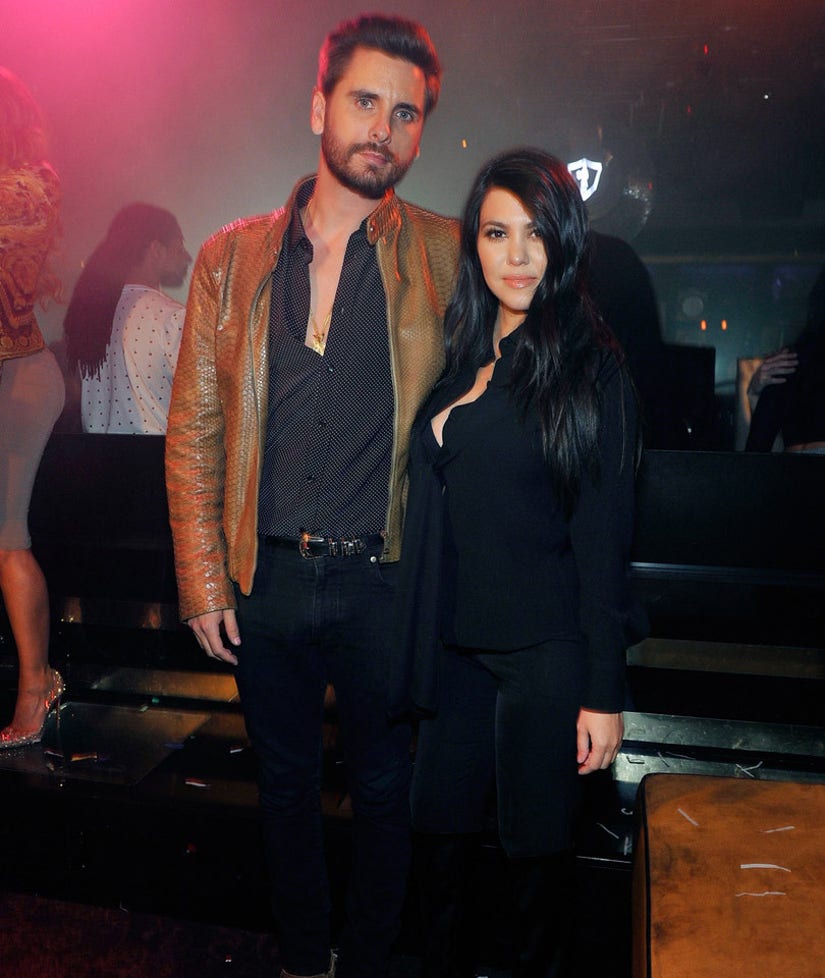 Kourtney Kardashian and Scott Disick had a rocky relationship before splitting last Summer, but is there a chance that they could get back together?!

The "Keeping Up With the Kardashians" star sent fans into a frenzy when she revealed they might be reconciling ... in the future.

"Are you and Scott getting back together, or will you ever get married?" "TODAY's" Kathie Lee Gifford asked the mother-of-three on Tuesday.

"I don't know," she said. "We're not getting back together right now, but I don't know what the future holds in life, in God's plan. But we're just doing our best to be the best parents. Like, he came with us to Vail and it was great. But, like, we're friends at this point."

Hoda Kotb then pressed on, asking Kourt if she misses Scott when he isn't around. Her response: "I don't know. I mean, we talk all the time, so I feel like I don't really get that chance."

When Scott was also grilled on whether he thinks they'll get back together, he was equally vague.

"I never thought a lot of things we're going to happen the way they did," he said on Australia's Kyle and Jackie O Show last month. "I don't rule anything out, I have no plans in my mind of what's gonna happen. If things are meant to be, maybe they will be. I really don't know yes or no."

"There was things we both needed to work on. As of right now, we're in a good place," he said. "I don't think either of us want more than where we're at."

Disick added that he's not "really thinking about dating at this point in my life," while saying Kourtney is "like my best friend, I love her until the day I die."

"Am I doing alright after the breakup? I don't think anything is ever simple," he continued. "I'm not the first person in the world that's gotten separated from a significant other. We're just trying to make the best of it and life goes on. Things aren't easy, but things are going very well right now and I'm just happy we're able to be on good terms."

It sounds like these two still care about each other -- do you think they should get back together? Sound off below!