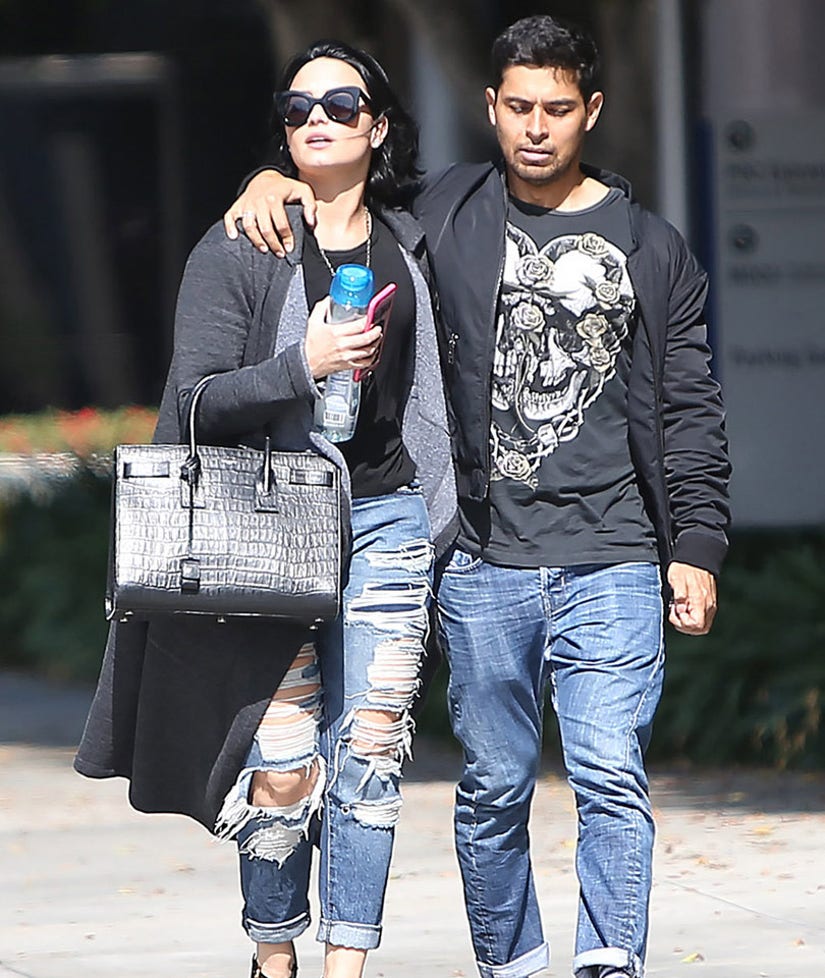 The private couple walked arm-in-arm as they strolled through West Hollywood in laidback looks.

Demi and the "That 70's Show" star met in 2010 and began dating shortly after. The "Skyscraper" singer entered rehab for an eating disorder and drug abuse that same year.

She famously credits Wilmer for helping her through the tough time. "It's been difficult. I almost went back to rehab for my eating disorder last summer. I was obsessing over food and terrified of it at the same time. Wilmer noticed and called me out on it, which was a relief," Lovato told Nylon magazine in 2014.

They celebrated six years together in January.

"The only times we ever broke up were when I was relapsing, whether it was drugs or in a bad place and rebelling against everybody, not just him,” she told Cosmopolitan last year. “People say that relapses happen before you use. Your mind starts setting up the relapse before you take that drink or that first hit. The times we'd broken up, I had already gone to that place of, 'Yeah, this is what's happening.' I didn't realize it at the time, but I just wanted to sabotage everything around me so that I could sabotage myself."

We're glad to see the gorgeous couple is still going strong! What do you think about their public PDA? Sound off below and check out the gallery above to see more of Hollywood's hottest couples!