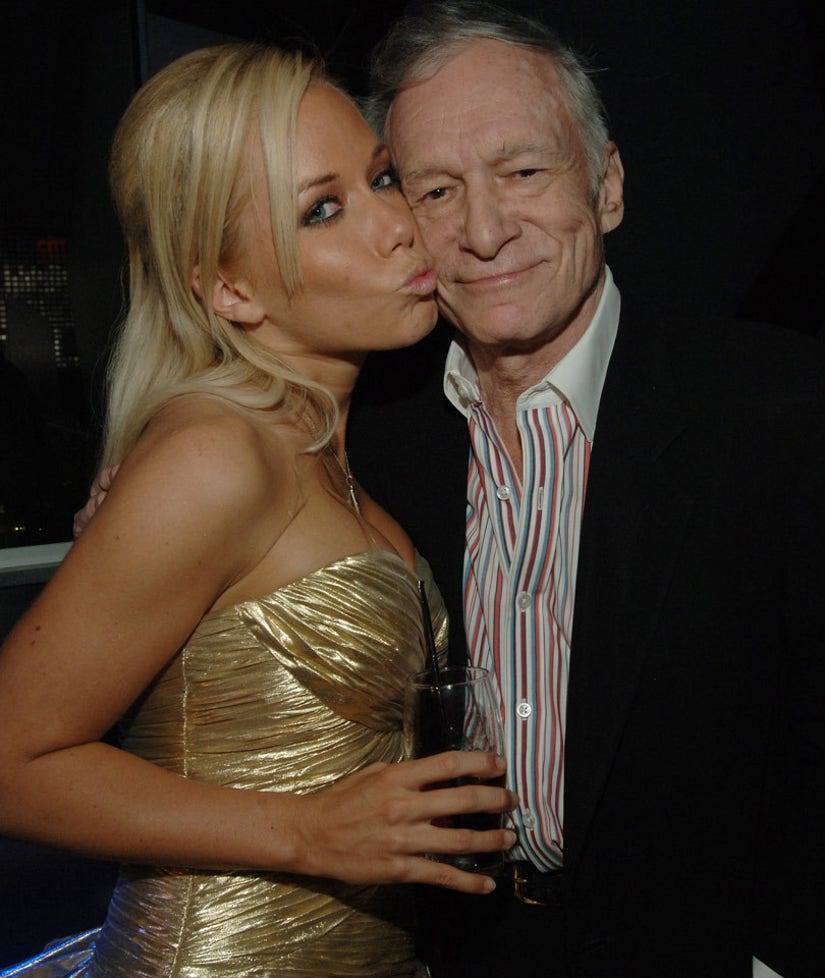 In a sneak peek at tonight's new episode of "Kendra on Top," we see Kendra Wilkinson plan a birthday surprise for Hugh Hefner, for his big 90th b-day bash.

His gift: a video featuring a hot tub full of scantily-clad ladies, including herself and new BFF Jayde Nicole.

"I want this video to be fun, but I don't want it to be over-the-top because I'm a wife, Hef is married now, so, you know, it has to be nice and tasteful," she explains of the shoot in a confessional. "We're just going to keep it fun, light-hearted and hopefully put a smile on his face."

In the video, Kendra sports a one-piece as she's surrounded by bikini-wearing hotties. "Hef, it's your 90th birthday, and we are here to fulfill all of your fantasies, so follow us into the hot tub."

"We don't have a birthday cake for you, Hef, but we have something you might appreciate a little more," she continues, before all the women take off their tops.

On the new season of Kendra's show, there's talk of a potential "Girls Next Door" reunion -- something Kendra doesn't think will ever happen.

"I don't know. Honestly, it's being talked about right now but it's highly unlikely," Wilkinson tells toofab of a special involving all three girls and Hef. "There are some people onboard, [but] I don't know if everybody is onboard."

If a gathering of the gals were to happen, it'd be the first time Kendra and Holly would be in the same room since their bitter feud began -- and the former tells us she has some big questions for her one-time costar.

"Kendra on Top" airs Friday nights on WE tv.