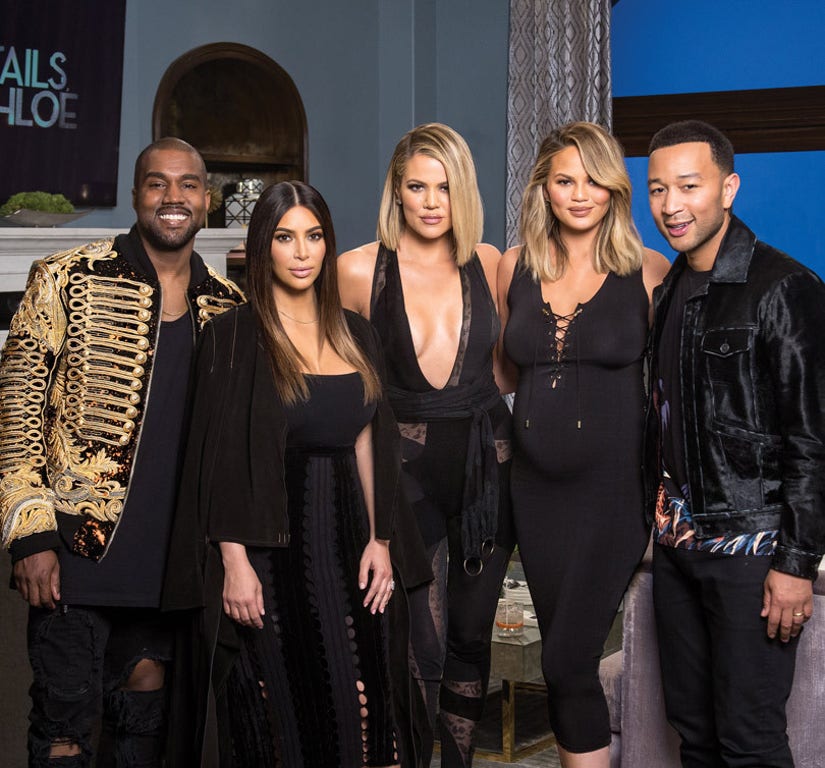 The only reason Kanye West has a cell phone is because he wanted to warn current wife Kim Kardashian about her ex, Kris Humphries.

The reality TV star's husband-of-72-days awkwardly comes up in a sneak peek clip from the series finale of "Kocktails with Khloe," as the rapper ribs her for marrying the basketball player.

"Kanye just got a phone. He used to never have a phone," Khloe says, kicking off the conversation as the three sit around a table with Chrissy Teigen and John Legend.

"I got a phone because someone decided they wanted to marry Kris Humphries," Kanye adds with a laugh. Kim seems slightly uncomfortable about where this chat is heading, as both Chrissy and Khloe say they "forgot" she was even married to him.

"I wasn't up to anything, I looked on the Internet and there was Kim Kardashian with some extremely tall person, I was like, I need to call her or something," explains Kanye. "I started sending her pictures of certain basketball players who used to be cool, that now wear their pants all the way up here. This is your future!"

Unfortunately, that's where the clip ends and we don't see where the story goes from there ... though we know Khloe can't resist a little Humphries bashing whenever appropriate.

"There's [been] a ton of times that I've told my sister the truth," Khloe said, while explaining the tight family bond she has. "Like when she wanted to marry Kris Humphries I was like, 'He's a f---ing loser! Why are you marrying this f---ing dog.'"

"Your vision was necessary for telling your sister the truth," the rapper chimed in.

"But she didn't have to hear me and that's OK," Khloe continued. "The fact is, I said what I had to say and I am not just going to dumb myself down and act like this guy was not a f---ing joke. For what? So I said the truth and in hindsight, I think later, she was like 'You know you were right.' That takes a bigger person to come back later and say, 'You know what sister, you were right.'"

We'll see if this group has anything else to say about Humphries when the final episode of "Kocktails with Khloe" airs Wednesday, April 20 at 10pm ET/PT on FYI.