North West is not used to sharing her famous parents!

Kim Kardashian appears on the final episode of "Kocktails with Khloe," where she reveals how North tried to prevent her from feeding her baby brother, Saint West.

Check out the clip above to see how North tried to pull her baby bro off of Kim!

"First of all, she would cry so much," Kim says in the sneak peek. "She would try to pull him off of me. I was feeding him on this side, and she was so jealous that she took her little milk box and put it in my bra [the other side] with the straw sticking out and she wanted to drink while he was drinking!"

"She said to me this weekend, 'Mommy, I'm not mad anymore. You can feed baby brother I won't cry.' And I was like, 'Honey, the milk is all dried up, you're too late!'" the "Keeping Up with the Kardashians" star explains.

Later in the episode, Kim reveals how their 2-year-old flushed Kanye West's iPhone down the toilet -- check out the clip above to hear what happened!

Before West started working on his new album, "The Life of Pablo," he was saving all of his raps on his phone. While it sounds like a perfectly good idea, Kanye should have taken into consideration the fact that he has a toddler on the loose in his house.

"Kanye had every single rap in his iPhone before he started really working on 'Pablo,'" Kim explains in the video. "Then North flushed it down the toilet and they could not be retrieved."

"No Apple Genius was genius enough," the "Stronger" singer jokes. 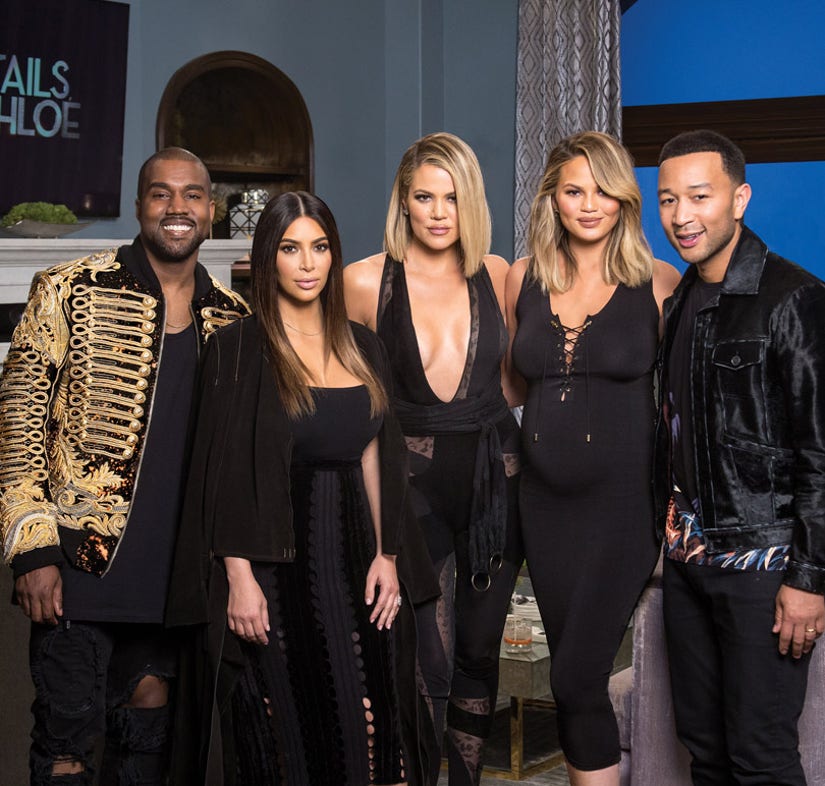 Sounds like North is turning into quite the handful -- what do you think about Kim's confessions? Sound off below and check out the gallery to see more of the Kardashian family's hottest shots!

Make sure to check out the final episode of "Kocktails with Khloe" on Wednesday April 20th at 10 PM ET/PT on FYI!