Maisie Williams just pulled a fast one over a few lucky "Game of Thrones" fans!

The actress teamed up with Nylon magazine for one awesome "GOT" giveaway and hidden-camera prank. In the clip, Williams pretends to be an unassuming store clerk who's working the counter of a hobbies shop for a big "Game of Thrones" giveaway. But when fans try to identify her as Arya Stark ... she makes them think they're completely crazy.

Check out the video above to see Williams' impressive acting skills! 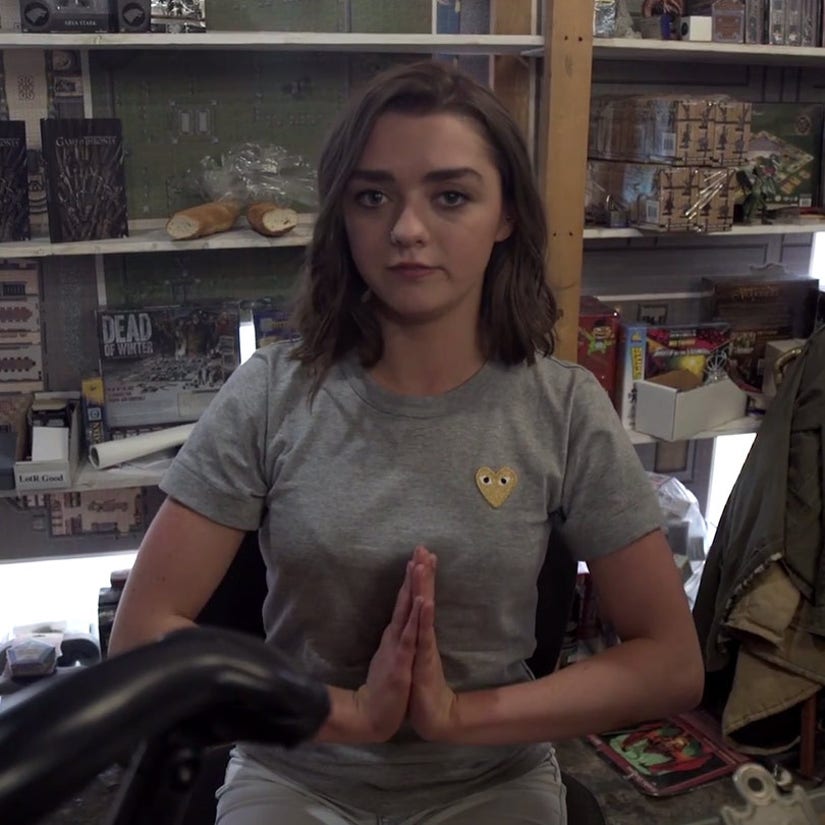 "Hi I'm Loraine," Maisie says to one fan. "Yeah, I recognize you. 'Game of Thrones,' right?" the shopper replies. "I've never seen 'Game of Thrones,'" Williams declares. "I heard it's a really good show! This character [she says while grabbing an action figure of Arya] I heard is really cool."

Later in the video, the actress gets the hardcore "GOT" fans to act out scenes from the show and it's pretty ridiculous. From playing the "SHAME!" woman to impersonating Bran getting thrown out of a tower, the scenarios are just hilarious.

What do you think about 19-year-old's prank? Sound off below and check out the gallery above to see more "GOT" transformations!

Make sure to check out the new season of "Game of Thrones" when it returns April 24th!