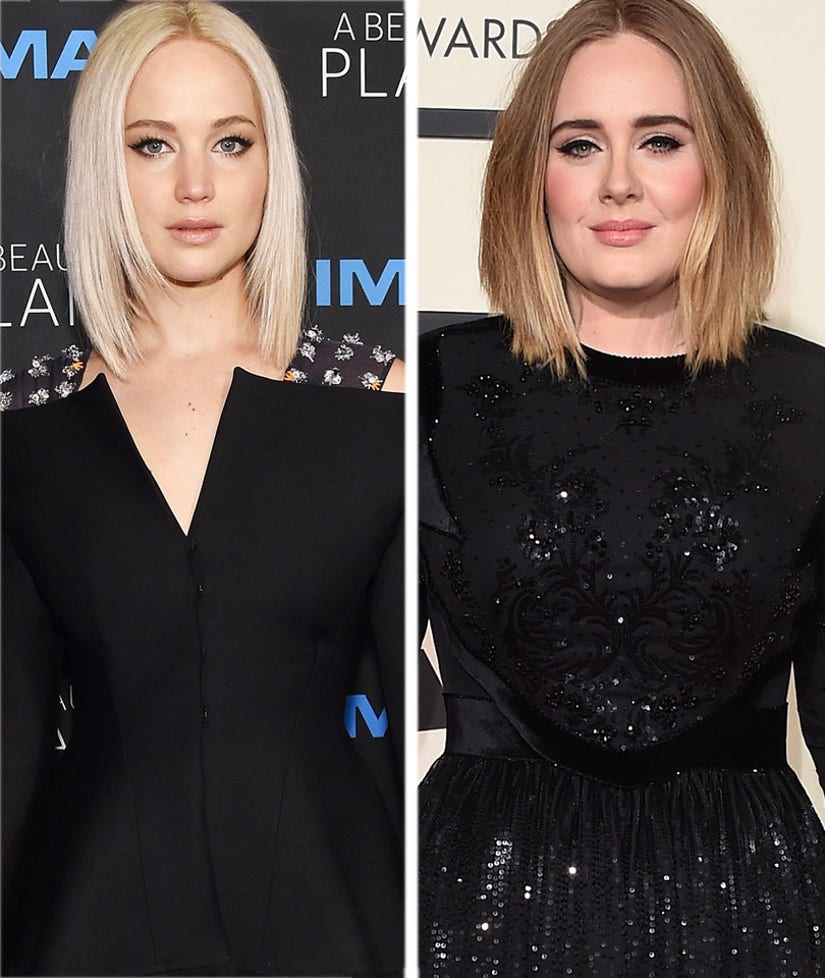 Jennifer Lawrence certainly has a way with words.

To celebrate the annual release of TIME's 100 Most Influential People in the World, the "Joy" star was enlisted to write about her pal, Adele.

In true J.Law form, she came up with a heartfelt yet hilarious homage to the "Hello" singer, which ended with one poignant word: "Bitch."

Jen started the essay by reflecting on the first time she met Adele, at the 2013 Oscars, after having been a fan since "Chasing Pavements." Lawrence says her life "changed" when "21" was released, writing, "I felt understood, I felt stronger, and above all, I hadn't sung in front of a mirror with a hairbrush since Destiny's Child."

The actress continued to rave about her BFF when talking about the release of her latest album, "25." "Then she goes and does something like 25. Growing up. Changing in some ways and being stuck forever in others. Being so young with the most successful career in the world ... The way she is able to capture herself, and then in turn us, has turned her into a star that's not a star we look at, but a giant star with its own gravity that we are drawn to."

"Her 500-year-old wisdom," she added. "Her patience and kindness all wrapped up in the tough skin of a damn gangster."

Lawrence also noted that Adele is an "extremely private person," and she mentioned that none of us get to see what "a wonderful mother she is" or 'what a wonderful partner and friend she is."

This is when she really showed her sarcastic personality, writing, "Adele is a gift, an international treasure, but she's also sweet, funny, intelligent and beautiful. Bitch."

We can't wait to hear what Adele thinks of this tribute. Sounds like high praise to us!