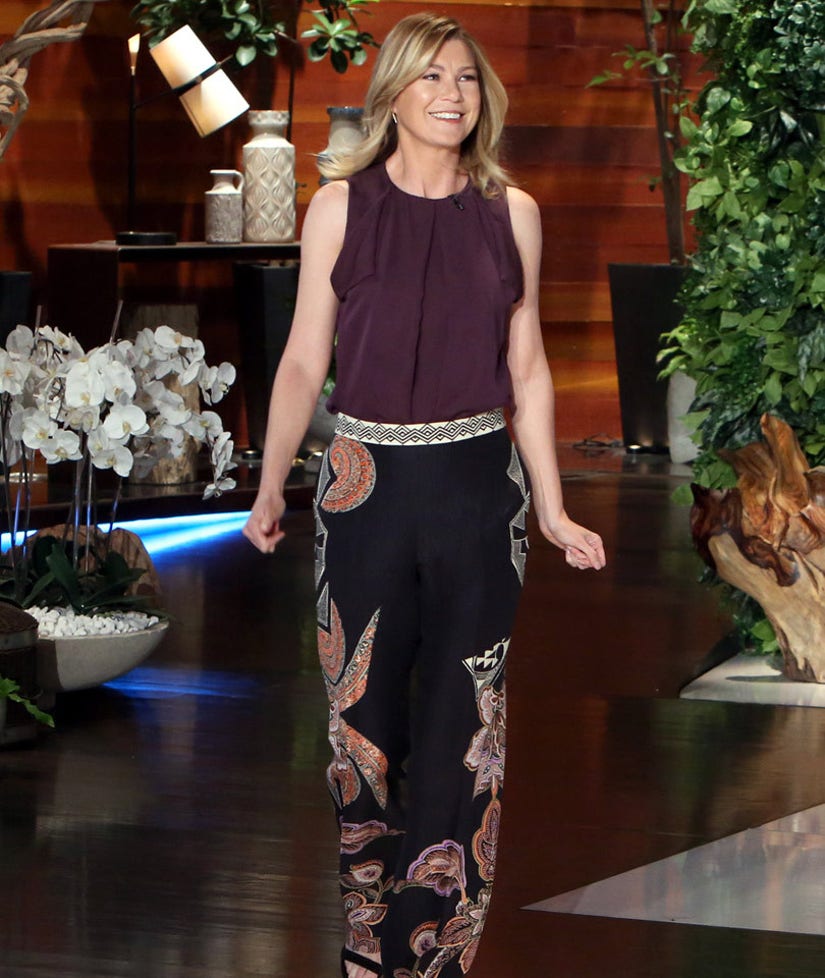 The actress stops by Monday's "The Ellen DeGeneres Show," where she opens up about the hit drama after it came under fire when the beloved McDreamy (Dempsey) was killed off the show.

"Yeah that's amazing," DeGeneres says to Pompeo about the popular drama in the clip. "And everybody thought because Patrick was leaving that it wouldn't do well, but it's doing very well."

"It's amazing how much you get done without a penis," Pompeo, who plays Meredith Grey on the show, jokes. "We miss him dearly, but yeah the show is doing very well."

Though there's been rumors that this will be the last season of Shonda Rhimes' ABC medical drama, Pompeo says the hearsay is just not true.

"No, it's not the last season," Ellen confirms. "I think a lot of people were really upset about his departure, which is super understandable. But I think the change is part of the reason why the show goes on so long. I think people tune in to see what the show looks like now. What is Meredith going to do without Derek. I think they get so upset about the change, but change is precisely what everyone always needs to sort of get to the next place."

What do you think about the 46-year-old's candid comments? Tell toofab in the comment section below and check out the gallery above to see more leading ladies then and now!