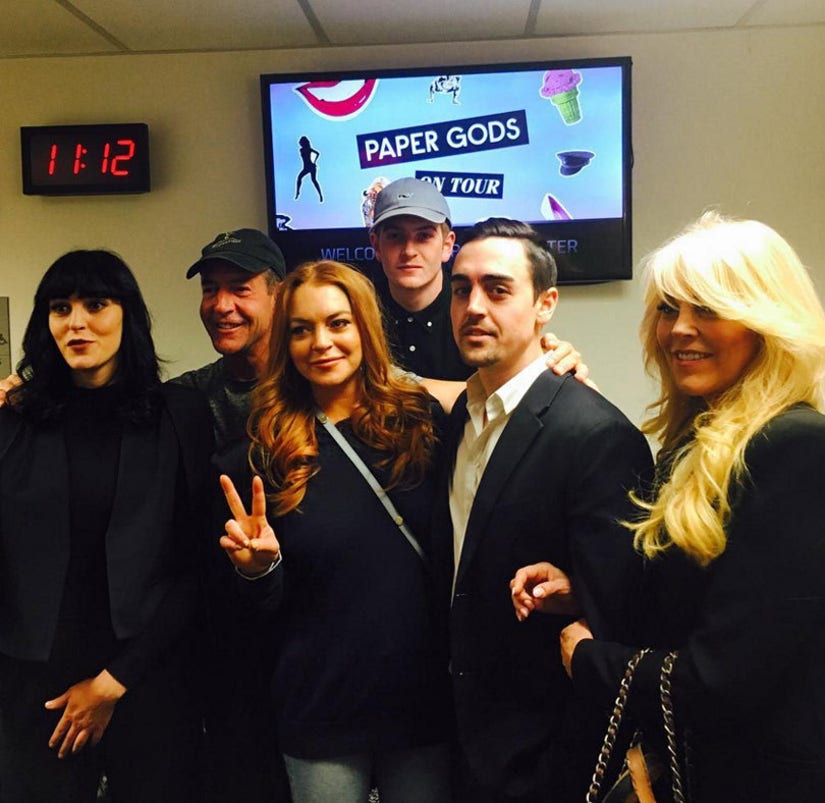 The Lohan family is back together again!

Lindsay Lohan took to Instagram to share a rare photo with her parents, Dina and Michael, and her siblings, Michael, Ali and Cody.

"Happy Birthday Dad! @michaellohan," she captioned the cute candid with the entire clan.

The group reunited to watch Duran Duran hit the stage at Brooklyn's Barclays Center earlier this month. The "Mean Girls" star even got onstage briefly -- she's featured on their new single, "Danceophobia" -- and shouted out her younger sis, who's working on her own singing career right now.

"Life happens when you learn to trust in your God given soul #meditation #loveYOU #BESTFANARMY," Lindsay wrote alongside a picture from back stage. 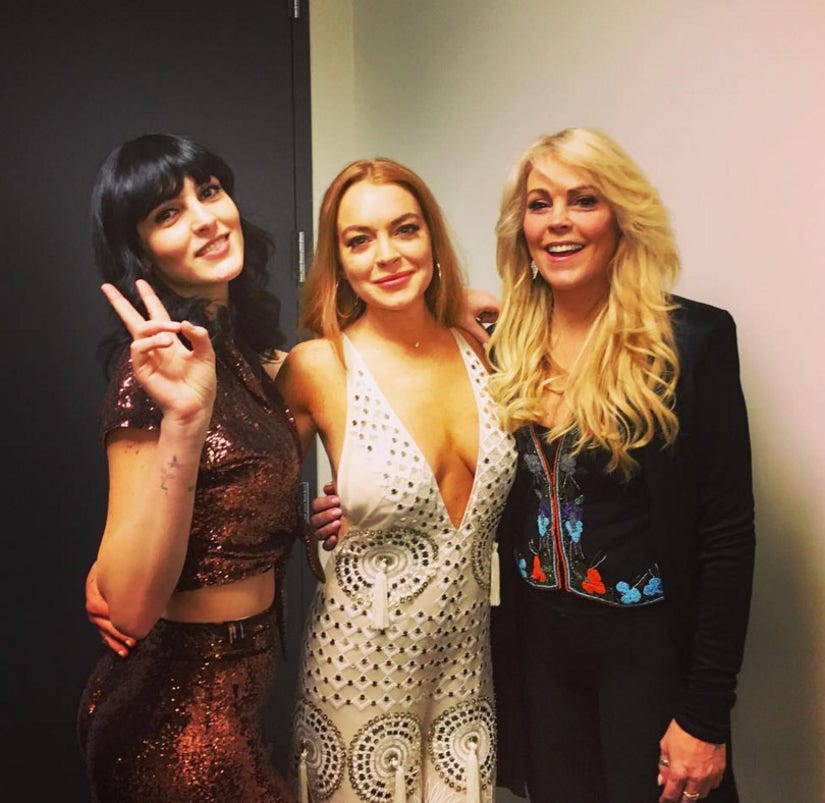 After a very nasty divorce and years of fighting in the press, it seems Lilo's parents have put the past behind them for the sake of their kids.

Lindsay has a lot to celebrate these days. She recently got engaged to her Russian boyfriend, Egor Tarabasov, who popped the question with a massive 5-carat emerald ring.

The bride-to-be even brought her beau home for the holidays -- and it seems like her family approved.

"He's just a sweetheart," Dina told Page Six last month. "He's an only child and I just Face Timed with them and his mom a few days ago. He's cool and he's very mature for his age. He's older than his years. Being an only child and traveling the world educates you in other ways. He's not about celebrity or anything, which is really important."