Kim Kardashian is tackling the tabloids!

The "Keeping Up with the Kardashians" star took to her app on Tuesday, where she revealed which headlines about her are fact and which are fiction.

First up, Kim addresses rumors that her hubby Kanye West is in love her mom Kris Jenner and not her. "That's just gross," her assistant says in the clip.

Next, is it true that Kim and Kanye are trying for a third child?

"My husband might be trying for a third child, but I am not," the mother-of-two says in the video. "So I don't know, maybe that's kind of true."

"I've definitely had my fair share of dramatic relationships, but honestly this is like the most calm," she says. "We're still together. We're happy. There's just nothing to really report on." 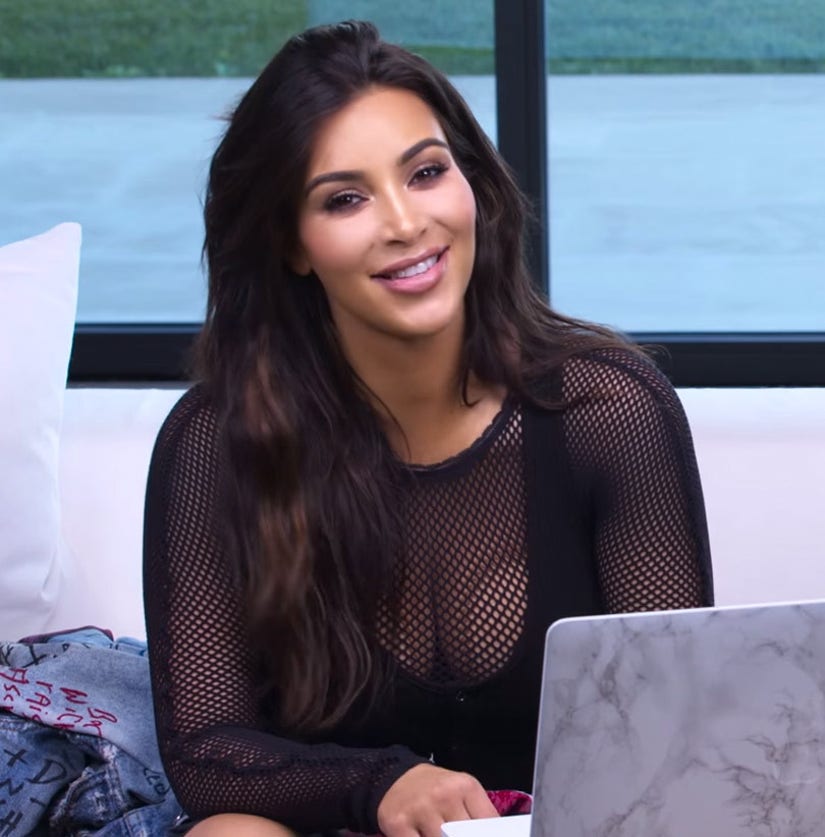 Elsewhere in the clip, Kardashian shuts down rumors she plans to sue her sister Kylie Jenner over her "stolen style"

Her reaction to that one: get a life!

Well, it sounds like everything is going great in Kim's world -- what do you think about Kim's candid comments? Sound off below and check out the gallery above to see more of the Kardashian family's hottest shots!