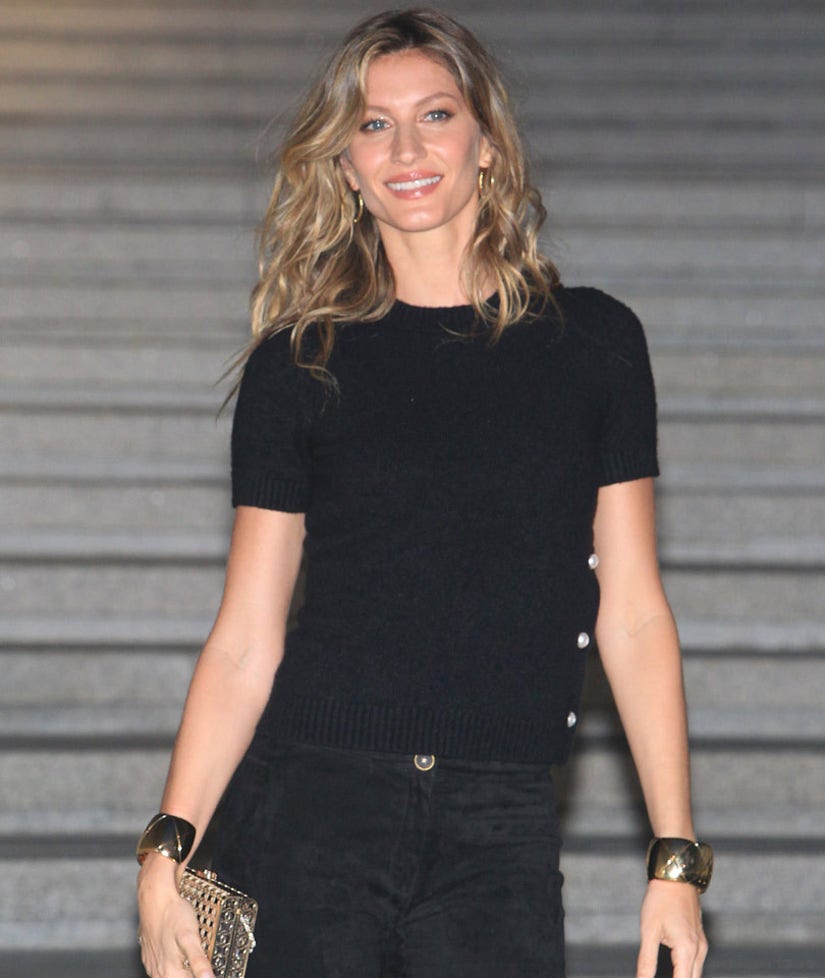 Even the beautiful people have their hardships.

Joining ranks with Charlize Theron, the Brazilian modeling legend Gisele Bündchen is opening up to PEOPLE about the struggles she endured when she was starting out in her career.

"I remember some people telling me my nose was too big or my eyes were too small," she relates, "that I could never be on a magazine cover."

She was only 14 at the time, and the comments stung, since "I already felt weird because I was taller and looked more mature then [sic] most girls my age." When she shared how hurt she was with her father, "he said, 'Next time, tell them, I have a big nose and that comes with a big personality.'"

Still, an emboldened Gisele jetted off to New York, and after striking out over 40 times, she hit a homerun via the Alexander McQueen show and Vogue covers that made her a star. Gisele rang in the millennium a supermodel, and scooped up a $25 mil Victoria's Secret contract.

For Gisele, though, even global fame has its drawbacks: namely, globally famous guys. Remember the media circus back when she was dating Leonardo DiCaprio, before her current marriage to football star Tom Brady? She was not enjoying that aspect of fame.

"It brought a lot more attention to me, which is something I didn't feel very comfortable with,” she tells the mag. "To this day I still haven't gotten very used to it."

Bundchen is currently promoting her new Taschen book, which is a collection of old photographs of her, including the iconic Irving Penn nude snapshot of her on the cover.

What do you think of Gisele's hard-luck story? Sound off in the comments below!