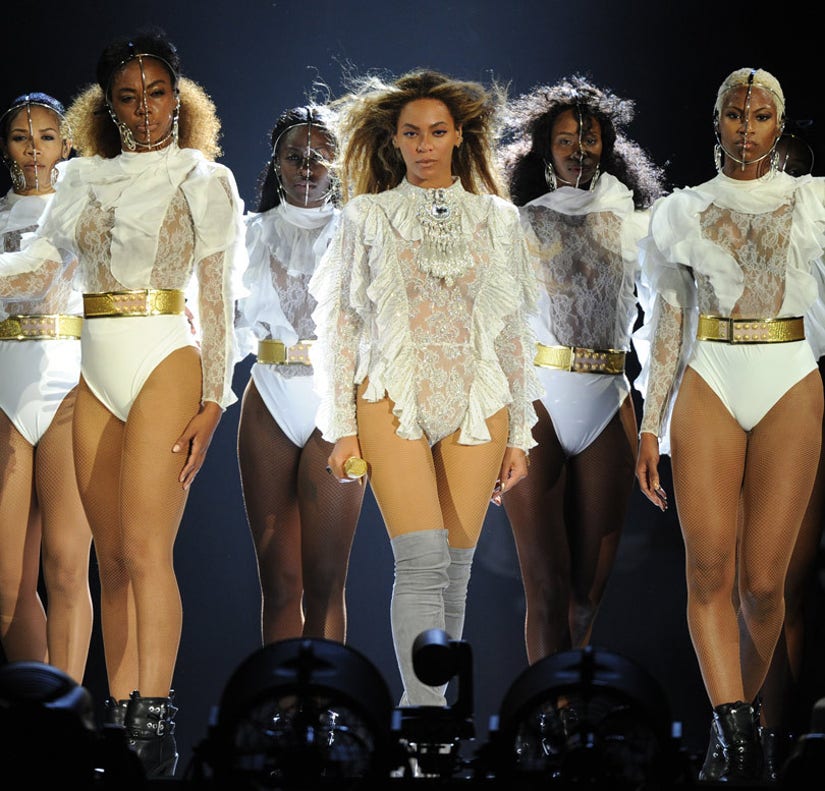 Beyonce kicked off her Formation World Tour in Miami on Wednesday night, where she shared the spotlight with two very lucky fans.

The Grammy-winner picked two members of the Beyhive to hop onstage with her during "Single Ladies" -- and wow, they've clearly been practicing their moves.

She brought up fans at stage and introduced herself 😭 #Beyonce #singleladies #FormationWorldTour #goals #momlife pic.twitter.com/wQjeUvboMT

When Bey called them up, she was heard introducing herself ... like two women at a Beyonce show wouldn't know who she was.

Then, when the music started, Beyonce let her fans shine. They even started circling around her as they perfectly performed her signature moves from the music video.

From the finger wave to that shimmy, these ladies just may have nabbed jobs as her newest backup dancers!

Check out the clips to see them all in action -- trust us, you don't want to miss this.

And for "Single Ladies," she brings up two fans and it's now just an insane no-men-allowed dance party pic.twitter.com/jgZagapEML

The 34-year-old star closed the show with "Halo," and she gave husband Jay-Z a special shout-out.

Bey seemed to be trying to squash rumors that she and Jay are planning to split after all that "Becky with the good hair" drama.

Stars such as Rachel Roy, Rita Ora and even Rachael Ray (that was a simple name mistake) have all been pulled into the "Lemonade" backlash, after she seemed to reveal that the rapper cheated on her in the past.

It looks like she's put everything behind her, right?!

What did you think of her Formation debut? Sound off in the comment section.