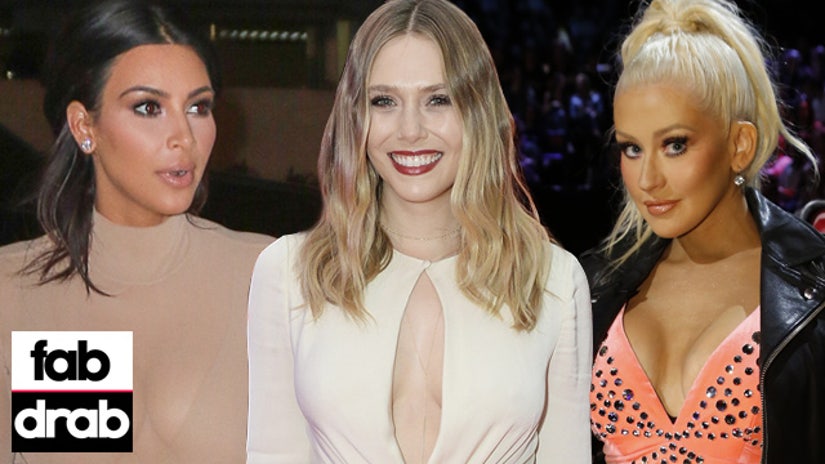 Kim Kardashian's sexy post-baby style is back in full force!

The mother-of-two put some serious skin on display while attending pal David Grutman's pre-wedding party in Miami, sporting a fully sheer, nude-colored August Getty Atelier turtleneck dress that showed off her bra and high-waisted briefs underneath. The reality star topped the figure-flattering dress with an intricately beaded coat thrown over her shoulders and sultry smokey eye makeup.

TooFab's fashionistas had mixed reviews on this look. While two members of the panel applauded Kim for sticking to her signature "elegant ratchet" style, one thought Kanye West had too much input when it came to her final look.

You can be the judge on this one!

Meanwhile, Christina Aguilera got some bad marks this week for wearing this bedazzled orange CD Green gown with a black Iro leather jacket on "The Voice." Our experts couldn't get past the outdated look, with one saying she looked like "Miss Orange County left the pageant to have a cigarette in her boyfriend's jacket."

It might be time for Xtina to get a new stylist, right?!

Nicki Minaj celebrated her 2016 Time Most Influential People honor at the Time 100 Gala by flaunting a cleavage-baring sheer Givenchy mini with thigh-high black boots. While the panel understood that she likes to keep it sexy, they all agreed that it's time for the rapper to "class up" her style.

Check out the clip above to see who toofab's Candice Brock and TMZ's Danica Kennedy and Van Lathan picked for the best and worst dressed stars -- and take a closer look at the week's questionable fashion below. 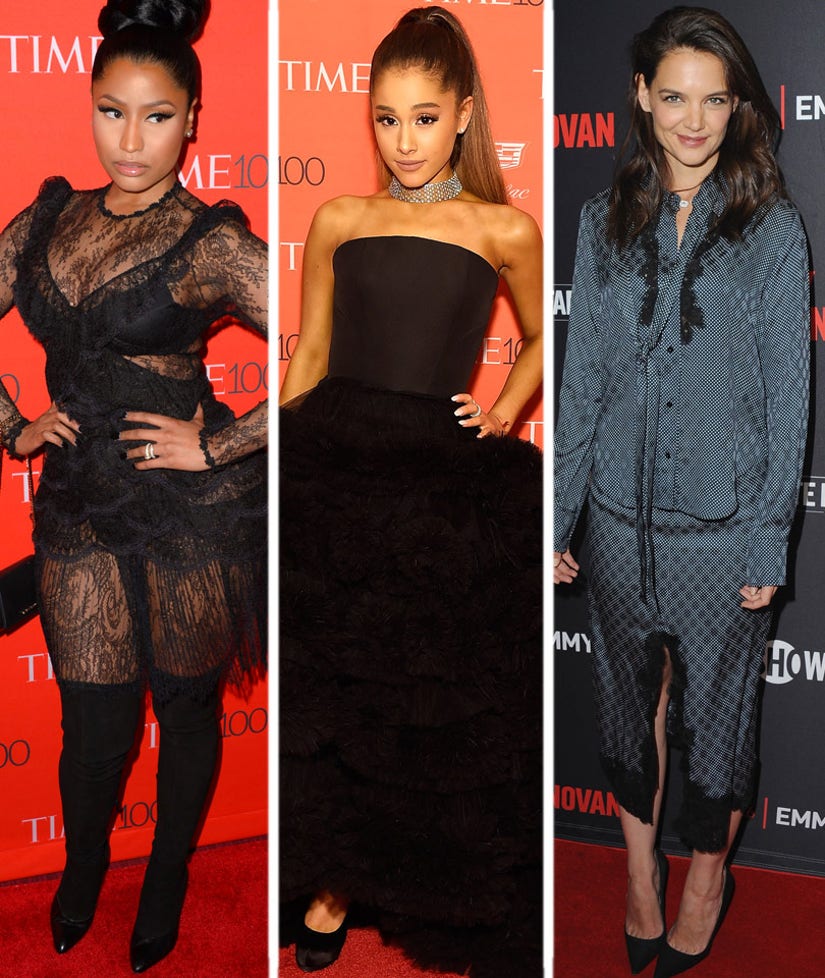