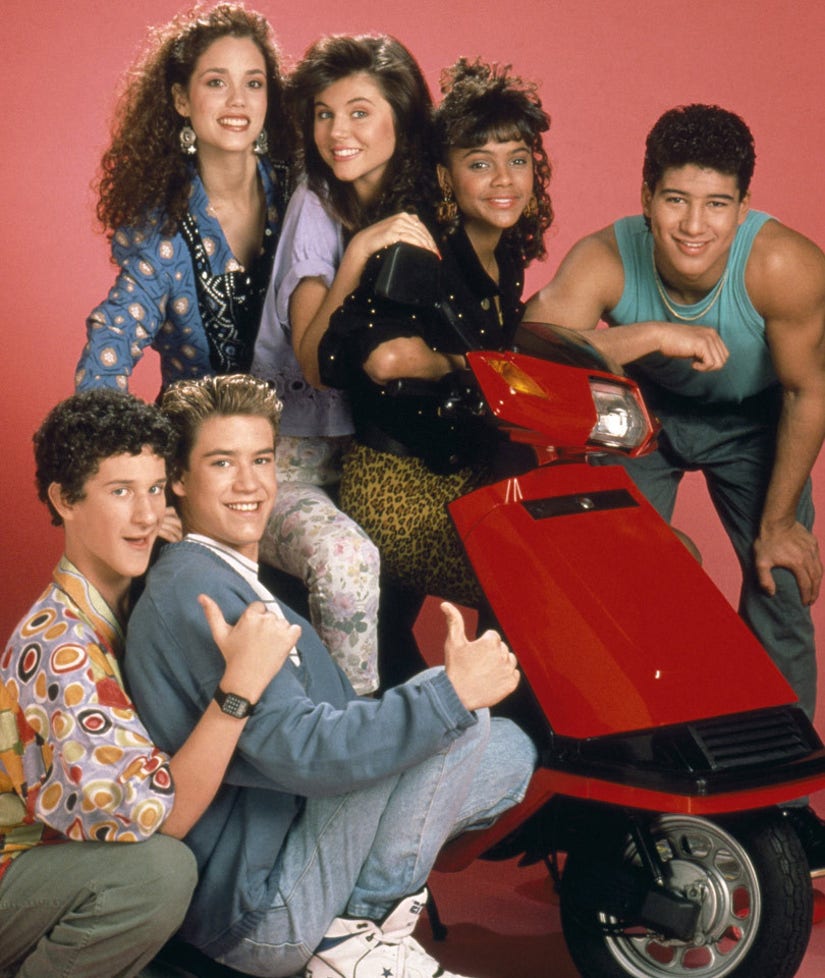 Mario Lopez has a surprise reunion with his "Saved By the Bell" costar, Elizabeth Berkley, during his appearance on "The Ellen DeGeneres Show" on Friday.

The former on-screen couple agrees to get a little messy as they compete in a game of PieFace. The rules are simple: each player has to answer the trivia question correctly or Ellen spins the wheel to determine how many times the player has to push a lever, which then launches a pie at random.

Mario starts off strong, easily answering a question about "Roseanne."

But things start off rocky for Elizabeth, who doesn't know how much caffeine is in one cup of coffee. She gets four clicks on the board but doesn't get the sweet stuff in her face!

Lopez then struggles to name all five of the Great Lakes in the United States.

"Oh, dang it! I forgot Superior," he shouts before getting a face full of pie. Check out the hilarious clip to see him get hit!

If you love seeing Mario and Elizabeth together, check out their EPIC reunion with "Saved By the Bell" favorites Mark-Paul Gosselaar and Tiffani Thiessen.