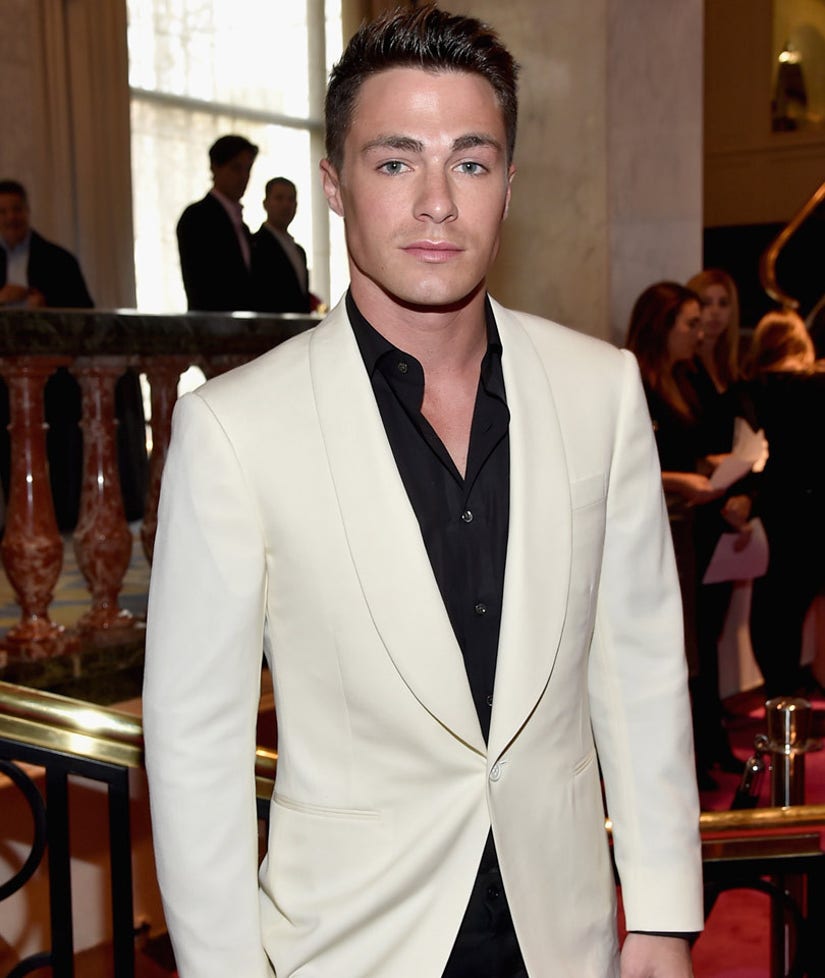 Colton Haynes just came out for the second time.

The "Arrow" and "Teen Wolf" hunk seemingly came out in January, after nonchalantly responding to a comment about his "secret gay past" on his website by posting, "Was it a secret? Let's all just enjoy life & have no regrets."

The actor never released any other statement, but numerous websites picked it up as his coming out party. According to a new interview with Entertainment Weekly, it wasn't.

"It was a complete shock. I wasn't ready to be back in the headlines," says Haynes, who confirms he's gay with the publication. "I should have made a comment or a statement, but I just wasn't ready. I didn't feel like I owed anyone anything. I think in due time, everyone has to make those decisions when they're ready, and I wasn't yet. But I felt like I was letting people down by not coming forward with the rest of what I should have said."

Around that time same, the 27-year-old actor says he checked into rehab for anxiety and was in the hospital "frequently" over the next few months.

"People want you to be that GQ image that you put out, but people don't realize what it's like to act 24 hours a day. I'd go home and I was still acting," he says of living this double life. "People who are so judgmental about those who are gay or different don't realize that acting 24 hours a day is the most exhausting thing in the world."

His chronic anxiety also led to Haynes leaving "Teen Wolf" and "Arrow," while he was still a major player on both shows.

"I asked to step away because I cared more about my mental and physical health than my career at the time," he explains. "I've had terminal anxiety my entire life. Physically ill, fainting. I'm 27 years old, and I have an ulcer. I had to step back."

With some of that pressure lifted, Haynes, who most recently appeared on "The Grinder," is in a much better place now.