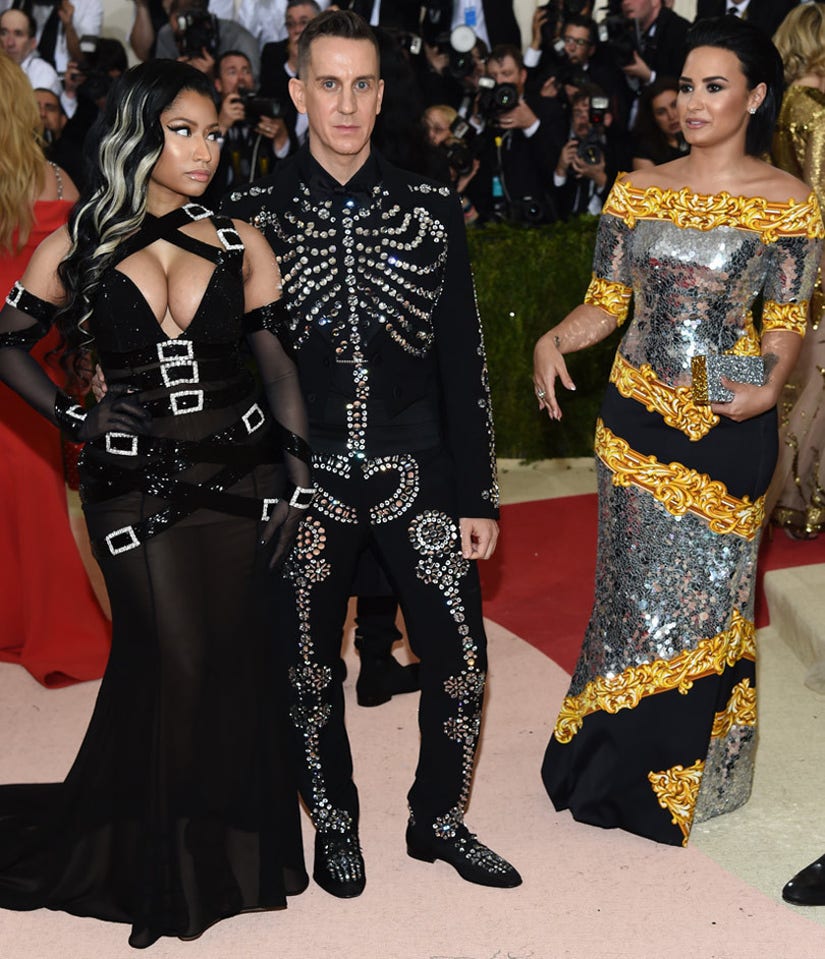 Demi Lovato has a message for her haters.

The "Confident" singer took to Twitter for a "midnight rant" following her rumored feud with Nicki Minaj after the Met Gala on Monday night.

It seems there is more to the story than meets the side-eye, after the rapper shot her a dirty look on the red carpet in the photo above.

In case you missed it, the drama started when Minaj posted a photo of herself, Lovato and fashion designer Jeremy Scott. Nicki tagged Scott but failed to mention Demi, which quickly spun into a rumored feud between the famous ladies. Lovato addressed the snub on Instagram, writing, "When you aren't mentioned in a post but didn't do s--t to the person."

Later, the "Stone Cold" songstress shared the pic (above) of Minaj glaring at her. "This picture pretty much summed up my first and probably last met,” she captioned the snap, adding a slew of hashtags including “#whatsgood," referring to Nicki's infamous comment to Miley Cyrus at the 2015 Video Music Awards.

Despite telling fans that this was all a joke, Demi continued to get hounded by internet trolls, which sparked her late-night rant. Check out her tweets below:

Sometimes there's more to the story

Sometimes there's more shit going on than you see. Maybe you DON'T know every aspect of my life so maybe you shouldn't assume you know. 🖕🏻

Maybe I'm tired of sharing my story with the world.

Maybe my midnight rants are a part of my bipolar disorder. Can't change being crazy.. But you can press unfollow.

Lovato added a few more tweets before making one last declaration: "At least I'm honest ... I'd rather annoy people with my honesty and loud opinions than stay silent and be fake as f---. #lasttweetofthenight #goingtosleep."

What do you think of Demi's latest rant? Sound off below!