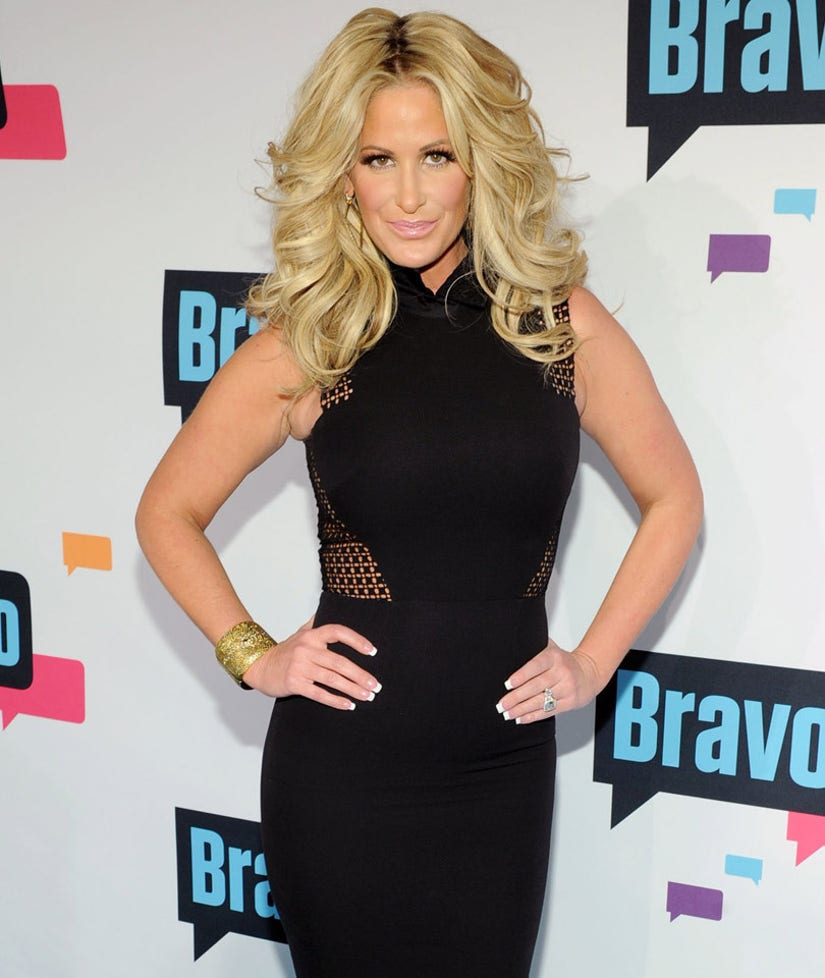 Kim Zolciak has no qualms about going under the knife!

The "Real Housewives of Atlanta" alum got candid about all of her cosmetic surgery procedures during a new interview with E! News.

While the blonde bombshell has been pretty open about the work she's had done in the past, it definitely doesn't sound like Kim plans on stopping anytime soon.

"I will always nip and tuck if I feel the need to do so, but I'm open about it," she tells the site. "I don't care. You only go around one time, and I especially understand that. And life is very short, so there's no reason for me to lie."

Though there's been rumors that the reality TV star has had her nose done, her lips done and a face lift, Kim declares she's only actually had a couple of procedures.

"I had a boob job and I've had a hernia fixed," she says. "I had a pretty big hernia from the twins, so I said just do a tummy tuck, which is kinda the same thing, just make the skin really tight. But that doesn't change my size. I'm the same size I was the day I walked into surgery, I'm just a little bit tighter looking."

While the "Don't Be Tardy" star says her striking looks come down to "genetics," she does try to watch what she eats.

"I've been a size 27 jean my whole life," she reveals. "I definitely think genetics play a role, and I don't eat tons at a meal. I love dessert, not gonna lie, definitely have dessert every night. Just a little brownie, not a big sundae. I think eating in moderation is key for people. I think the portion sizes that are out there today are just insane."

The 37-year-old also hopes her openness about all of her plastic surgery procedures will help other women feel "beautiful."

"If I chose a life of reality television, which is an open book, so I share with people what I've done. There's no secrets. I want women to feel as beautiful as I feel, and so, with that said, it's not all natural," she confesses. "My boobs aren't natural. I had great boobs until I breastfed Brielle and then they just shriveled up to B raisins. They were horrible. So I must fix them."

We love how the mother-of-six always keeps it real!

What do you think about Kim's candid comments? Sound off below and check out the gallery above to see more "Housewives" stars before the fame!