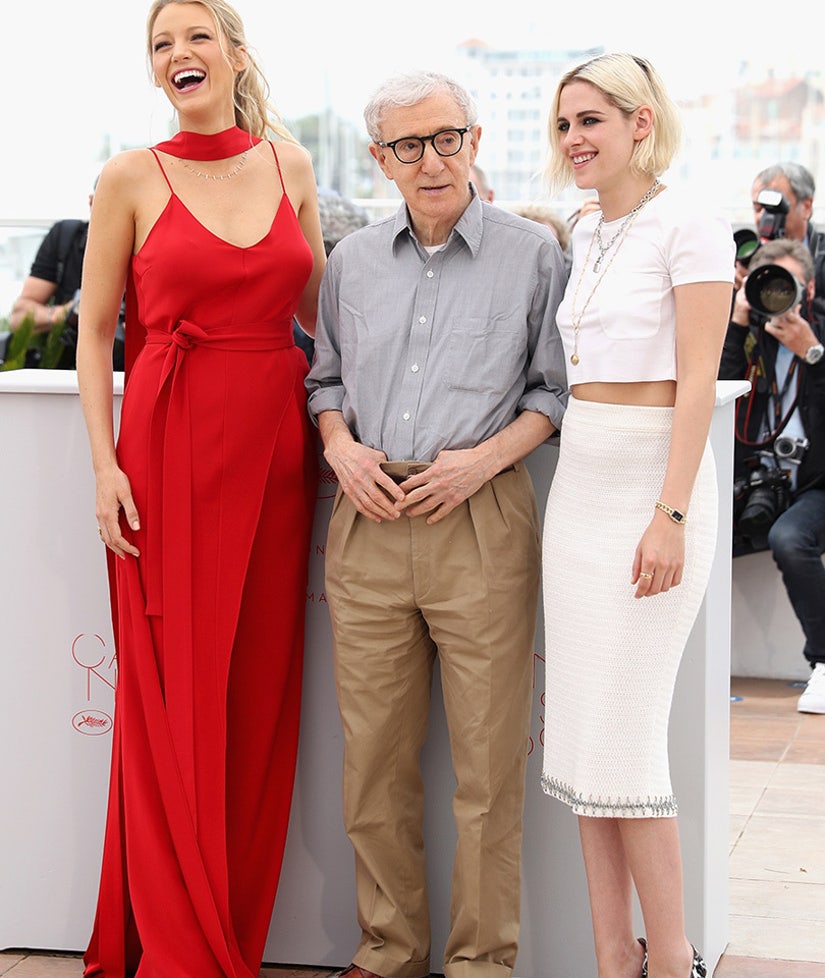 Woody Allen was flanked by Blake Lively and Kristen Stewart earlier today in Cannes ... and Ronan Farrow is not happy about it.

Mia Farrow and the director's outspoken son just wrote a scathing post for The Hollywood Reporter, taking aim at his mother's ex and the A-list stars still willing to work with him despite his controversial relationship with Soon-Yi and daughter Dylan Farrow's allegations of sexual abuse.

"He'll have his stars at his side — Kristen Stewart, Blake Lively, Steve Carell, Jesse Eisenberg," Ronan writes about his father promoting his new film, "Cafe Society," in the South of France. "They can trust that the press won't ask them the tough questions. It's not the time, it's not the place, it's just not done."

"That kind of silence isn't just wrong. It's dangerous," he continues. "It sends a message to victims that it's not worth the anguish of coming forward. It sends a message about who we are as a society, what we'll overlook, who we'll ignore, who matters and who doesn't."

Ronan's admonishing of the film's stars comes after Stewart talked about her concerns over working with Allen.

"I was like, 'What do you think? We don't know any of these people involved. I can personalize situations, which would be very wrong.' At the end of the day, Jesse and I talked about this. If we were persecuted for the amount of s--- that's been said about us that's not true, our lives would be over," she told Variety. "The experience of making the movie was so outside of that, it was fruitful for the two of us to go on with it."

Kristen isn't the only one who's taken this approach to working with the director.

"Actors, including some I admire greatly, continue to line up to star in his movies," Farrow continues. "'It's not personal,' one once told me. But it hurts my sister every time one of her heroes like Louis C.K., or a star her age, like Miley Cyrus, works with Woody Allen. Personal is exactly what it is — for my sister, and for women everywhere with allegations of sexual assault that have never been vindicated by a conviction."

Ronan continunes to support Dylan in his piece, saying that he believes her allegations 100%.

"This was always true as a brother who trusted her, and, even at 5 years old, was troubled by our father's strange behavior around her," he explains, "climbing into her bed in the middle of the night, forcing her to suck his thumb — behavior that had prompted him to enter into therapy focused on his inappropriate conduct with children prior to the allegations."