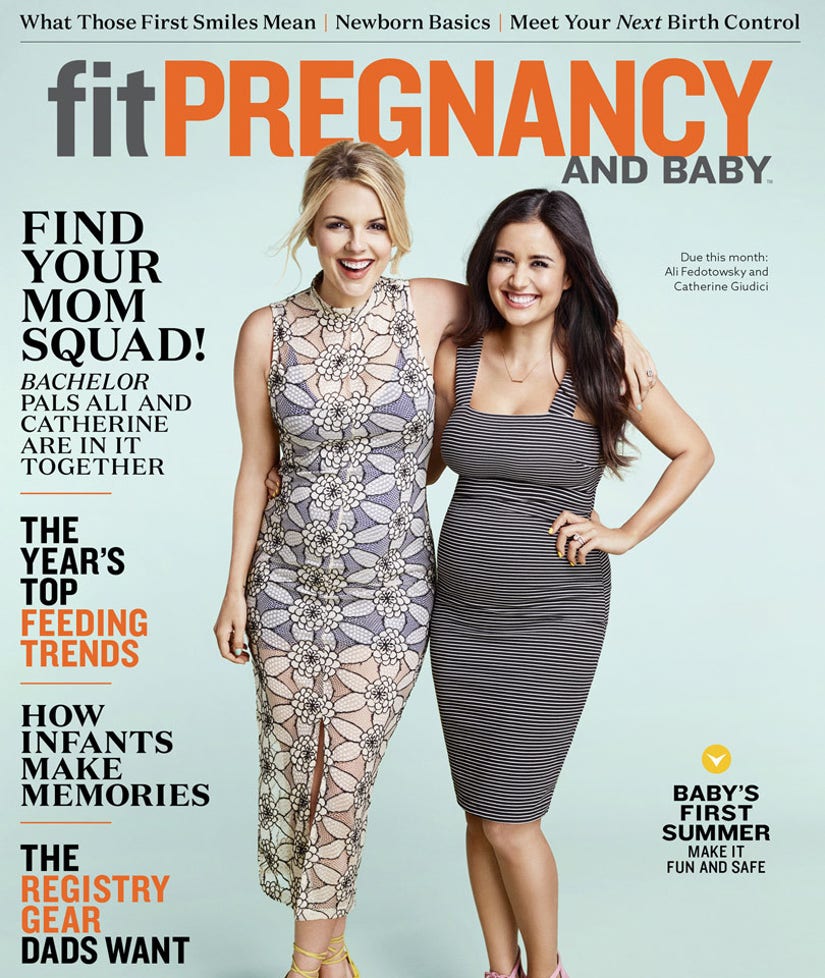 Ali Fedotowsky and Catherine Lowe are both expecting "Bachelor" babies, and they're putting their growing bumps on display for the June issue of Fit Pregnancy and Baby.

The reality star pals look adorable in the cover shot, covering up their blossoming bellies in figure-hugging midi dresses.

While the mamas-to-be are both due in July, just one week apart, they discovered that they were expecting in very different ways.

"I thought it'd happen right away, since I'd spent my whole life trying not to get pregnant. After two months of trying, I had a chemical pregnancy [a very early miscarriage], which was a huge disappointment," Ali reveals. "Afterward, I just wanted a baby so badly—nothing about that time was romantic. When I finally got a positive result, I jumped around the house, listening to Justin Bieber's 'Baby.'" 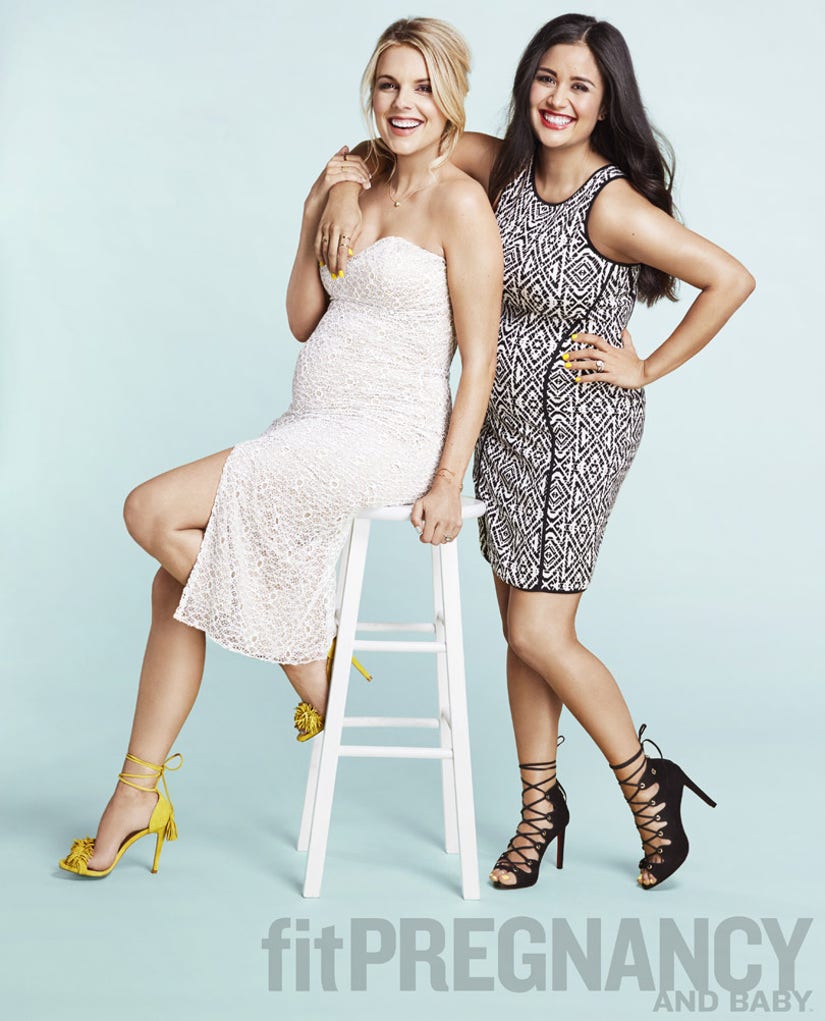 For Catherine and her hubby, Sean Lowe, the pregnancy wasn't planned.

"We weren't really trying. One day I felt a little sick, so I asked Sean to pick up a pregnancy test. Whenever I feel weird, I take one—and they're always negative. After I peed on the stick, I climbed into bed without even checking it," she recalls. "Sean asked if he could. When he walked out of the bathroom, he said, 'Baby, it's negative,' and I was like, 'Yeah, I thought so.' Then he said, 'And by negative, I mean positive.' I had to look at the test myself, because I'd never seen a positive before. Then we both looked at each other and had no idea what to do or say. Finally, I said, 'Want to watch TV?' We sat in bed in silence for the rest of the night, watching Family Guy. Inside, I was thinking, Oh, crap, we've got to be adults now."

Ali found out that she's having a girl with fiance Kevin Manno, and the couple couldn't be more thrilled. Catherine and Sean are waiting to find out the gender.

"We just want a healthy baby. It doesn't matter what it is, but we're both convinced it's a boy," Lowe declares. 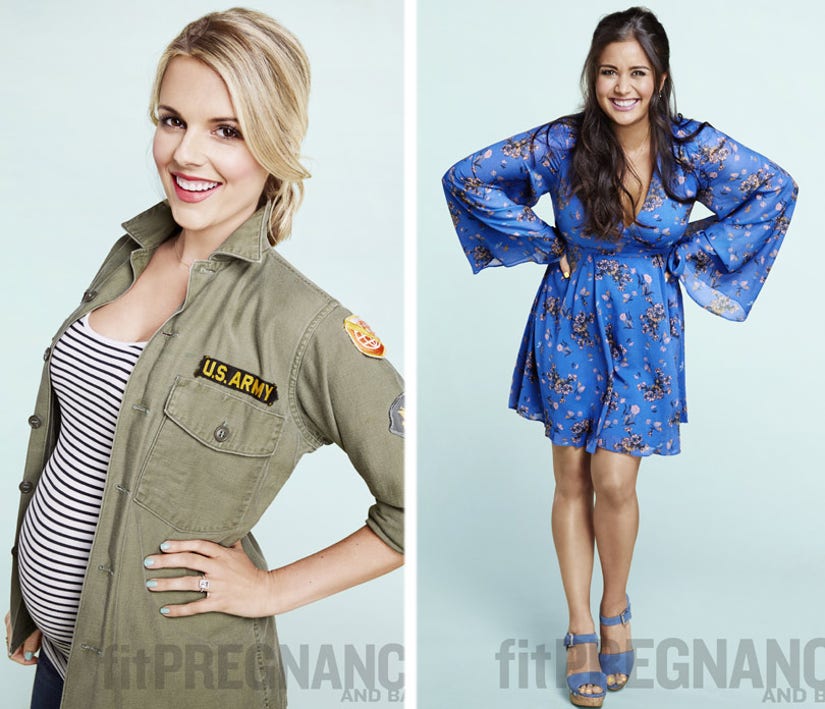 One thing they have in common is the fear that they're not ready to bring a baby into the world.

"I'm ready to have a baby, but I'm also aware that I have no idea what that entails," the former "Bachelorette" says. "I know I'm going to cry: tears of joy and of frustration from sleeplessness. Whenever I have a holy-crap moment, Kevin calms me down. He says, "We're so ready. I want the baby here today."

"There's not one ounce of me that's ready. We haven't done a single thing to prepare for the fact that we're bringing a new human into our house and lives," Catherine explains. "Instead, we're relishing our time together and doing whatever we want while we still can, like taking naps and bingeing on Netflix."

We can't wait to see these ladies with their tiny bundles, can you?!