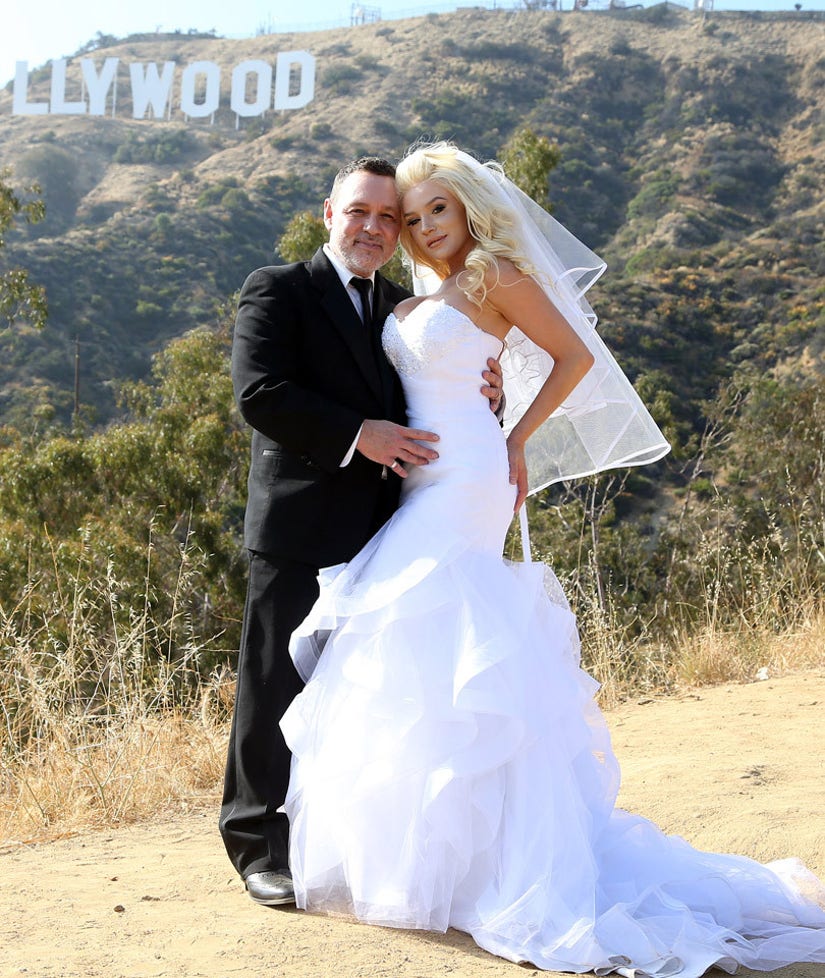 When Courtney Stodden tied the knot with Doug Hutchison when she was just 16, her dress was certainly less-than traditional. Five years later, and the one she wore for her vow renewal ceremony finally looks like the real deal.

The reality TV star and "Green Mile" actor wed at the Chapel of the Flowers in Las Vegas back on May 20, 2011. At the time, Courtney wore a white mini that showed off A TON of leg. It was very Vegas: 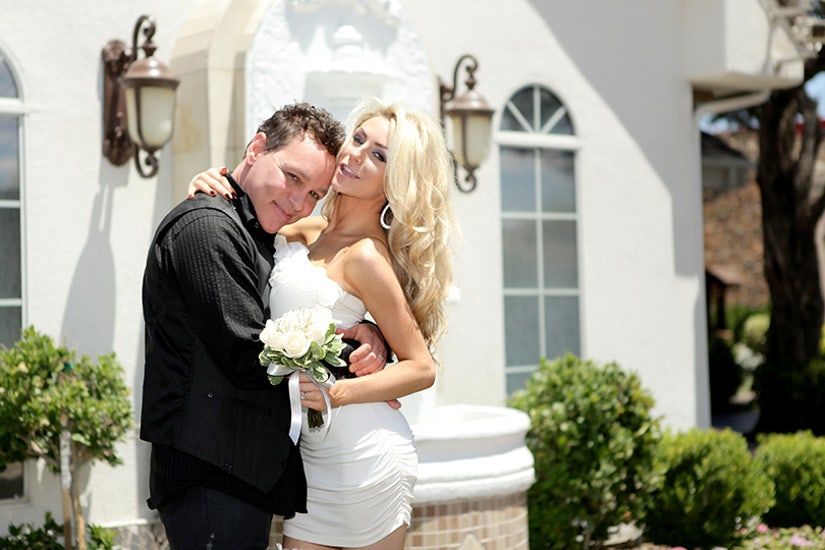 To celebrate their 5 year anniversary, the two renewed their vows in front of the Hollywood sign in Los Angeles over the weekend (top). This time, the now-21-year-old sported a more traditional, white mermaid gown. The dress hugged every curve on her body and put her surgically-enhanced chest on full display. She also sported a veil, long blonde hair and a full face of makeup.

Her other half looked dapper in a black suit.

"Renewing my vows to the man I love under the Hollywood sign was an honor. The first reason why we chose that location for such a special moment is because Hollywood ultimately brought us together," Stodden exclusively tells toofab. "I wouldn't have even known my hubby if it wasn't for this town!"

"The second reason is due to the fact that Daeida 'Ida' Hartell, 'The Mother of Hollywood,' married Harvey Henderson Wilcox, a man over 30 years her senior when she was just a teenager," she continues. "Together, they founded Hollywood and Ida originated its name. We feel a connection to such a power-couple!"

The ceremony comes after the two announced they're expecting their first child together.

"It's a bittersweet time for me right now. I'm dealing with a lot of stress and emotions surrounding life and its ups and downs," she said in a statement on May 16. "Doug and I weren't planning on going public with this so soon. I'm only four weeks along in my pregnancy. But some things are out of your control."