Paula Abdul's in the hot seat!

The "Cold Hearted" singer appeared on Wednesday's "Watch What Happens Live," where she played a game of "Plead the Fifth" with host Andy Cohen.

Check out the video above to see who she would marry, shag or kill out of her "American Idol" costars Ryan Seacrest, Simon Cowell and Randy Jackson!

"Kill Simon," she said without hesitation. "Oh god really?!" she paused, when deciding between the other two men.

"Shag Ryan!" "Real Housewives of New York City" star Dorinda Medley chimed in. "If you have to, I guess," Paula said. "No, marry Ryan," she said with a change of mind.

"And shag Randy," Cohen exclaimed. "Why not?" Paula said. 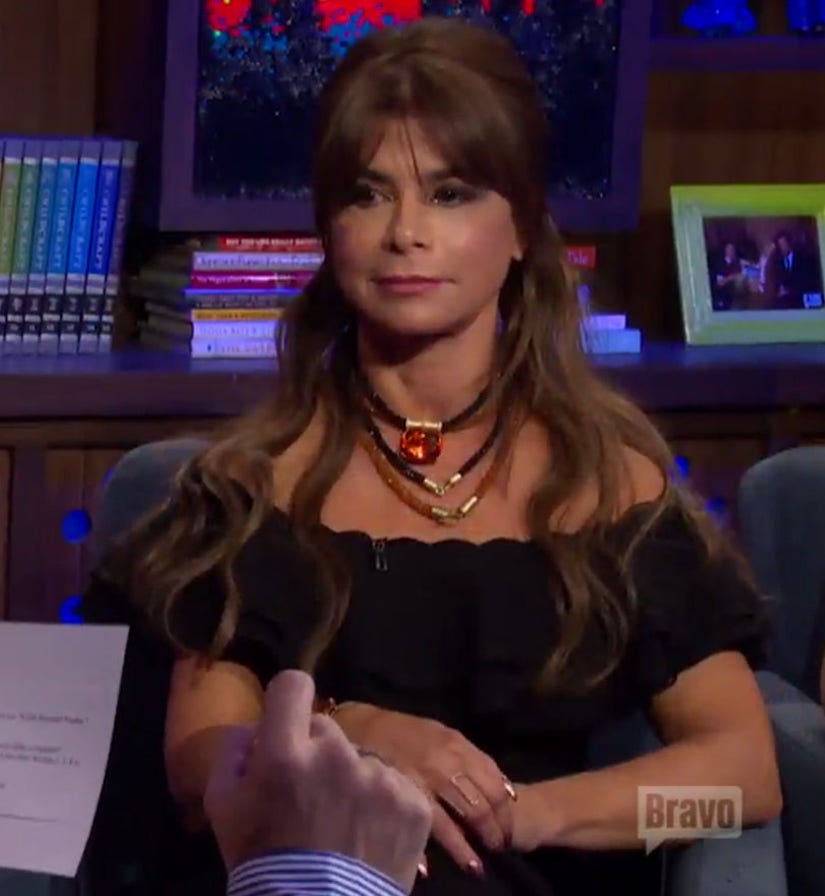 Later in the segment, the former pop star shared some of her regrets from doing her reality TV show, "Hey Paula."

"What is one thing from 'Hey Paula' that you wish the cameras did not capture?" Cohen asked the 53-year-old.

"What was the life lesson there?" Andy inquired. "Think twice before you do a show called 'Hey Paula'!" she quipped.

The "Straight Up" singer also revealed if she'd ever work with Simon again. "You know, I never say never ... but no never," she confessed.

What do you think about Paula's hilarious comments? Sound off below and check out the gallery above to see more pop stars then and now!