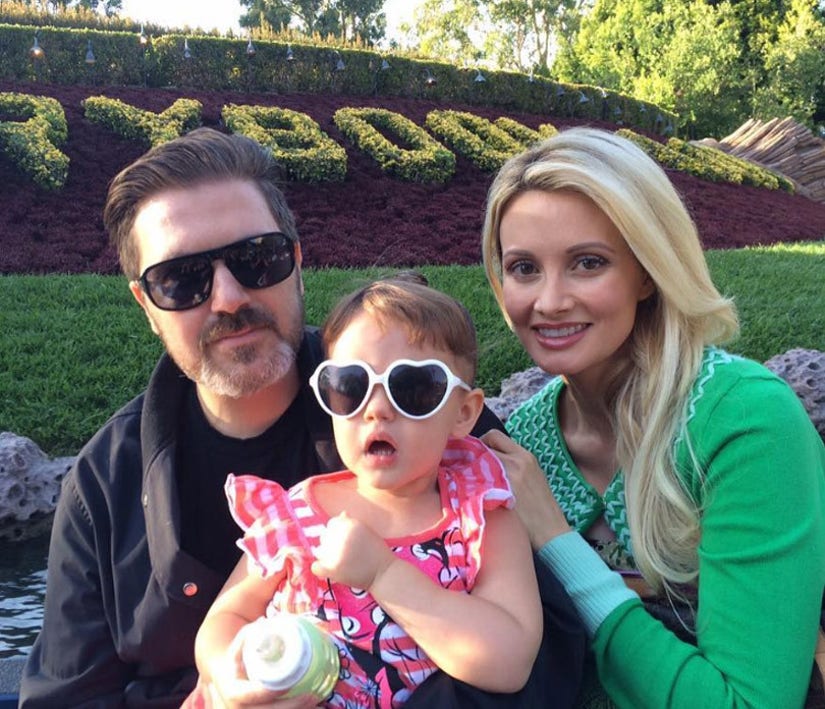 With shows like "The Girls Next Door," "Dancing with the Stars" and "Holly's World" on her resume, a followup reality series about Holly Madison's life as a mom and wife seems like a no brainer ... but, unlike her former costar Kendra Wilkinson, Holly wants to keep her family as far from the cameras as possible.

Hugh Hefner's former #1 girlfriend rose to fame on an E! reality show documenting her time at the Playboy Mansion alongside Kendra Wilkinson and Bridget Marquardt, before she went solo for her own series in Sin City.

While promoting her new book, "The Vegas Diaries," the pregnant mother-of-one revealed why she wouldn't subject her daughter Rainbow, husband Pasquale Rotella or their baby-on-the-way to life in the limelight.

"I see the havoc that reality TV can wreak on marriage, and for me it's just not worth it," she tells toofab. "I also wouldn't want my kids thinking it's normal to have cameras following them around all the time. I've had some amazing experiences with reality TV, but I look back on that as something fun I did in my 20s."

Now, she's writing about those days. First, she exposed some secrets from the Mansion in "Down the Rabbit Hole," before releasing her latest book, which shifts focus to her time on "Holly's World."

From celebrity hookups to drama behind the scenes at Peepshow, there are some especially juicy tidbits in the tell-all -- so, was she nervous at all about being so honest?

"While I was writing, no, but right before I put the book out I got stage fright, because so many of the stories are so personal," she explains. "It's terrifying because each reader interprets the story through their own eyes and not everyone gets what you are trying to say, but it's rewarding when you hear from the readers who can relate."

"I wanted to share my most embarrassing moments, my most blissful ones and the ones that made me feel angry, embarrassed or sad," she adds.

Click here for details on some of the more embarrassing moments -- and relationship regrets -- from the book.

These days, we're guessing the ongoing feud between her and Kendra is something that's making her feel a bit angry ... or at least a little sad. With Bridget saying she's inviting both women to her wedding, we just had to ask: How the hell is Holly going to navigate that one?

"I don't know," she exclaims. "I'll think about that when I actually get an invitation!"