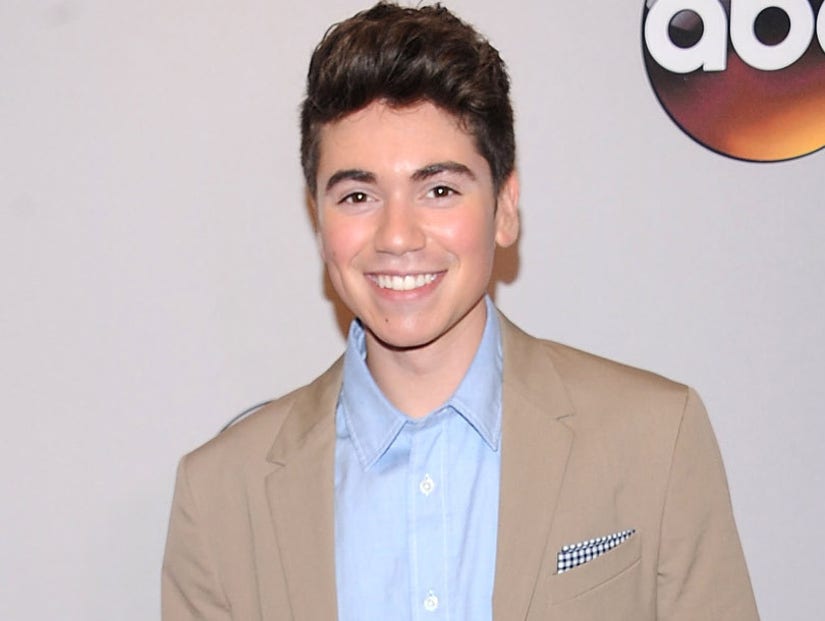 UPDATE #2: Colton Haynes took to his Instagram page to share his distaste for Noah's comments about him.

Read the full story below.

**UPDATE**: After his comments went viral, Galvin took to Twitter to apologize.

The library is open.**"The Real O'Neals"** star **Noah Galvin** definitely kept it real in a new interview with **Vulture**, where he opens up about some of the things that really bother him about being gay in Hollywood ... and how the gay community is portrayed on screen.First, the 22-year-old actor, who plays a gay teenager on his sitcom and is out in the real world, takes aim at **"Arrow"** star **Colton Haynes**, **who came out** without every saying the words "I'm gay" earlier this year."That's not coming out. That's f---ing p---y bulls---," he tells the site, not mincing words. "That's like, enough people assume that I sleep with men, so I'm just going to slightly confirm the fact that I've sucked a d--- or two. That's not doing anything for the little gays but giving them more masturbation material."Wow, tell us how you _really_ feel!The young star then goes in on **Eric Stonestreet's** Emmy-winning portrayal of **Cam** on **"Modern Family,"** taking serious issue with his character's over-the-top mannerisms."I think as wonderful of an actor as Eric Stonestreet is — I've never met him, I assume he's a wonderful guy — he's playing a caricature of a caricature of a stereotype of stereotype on 'Modern Family," says Galvin. "And he's a straight man in real life. And as hilarious as that character is, there's a lack of authenticity. I think people — especially young gay kids — they can laugh at it, and they can see it as a source of comedy, but like, nothing more than that. And I want Kenny [his character on 'The Real O'Neals'] to be more than the funny gay kid."Stonestreet himself has tackled the stereotype criticism in the past."There are always gonna be people who say that we're stereotypical characters," he told **NPR** way back in 2010. "You can't meet everyone exactly where they want to be met. But I definitely felt after that episode, and knowing that Fisbo [the clown Stonestreet played in another episode] was on the way, like, 'Okay, people that say Cameron and Mitchell are stereotypical: please tell me how a gay ex-football-playing clown is a stereotypical gay guy.'"Check out the rest of the interview over at Vulture -- it's quite the read. With his refreshing (and unflinching) honesty, we can only imagine the calls his publicist are getting today!What do you think about his quotes? Sound off below!