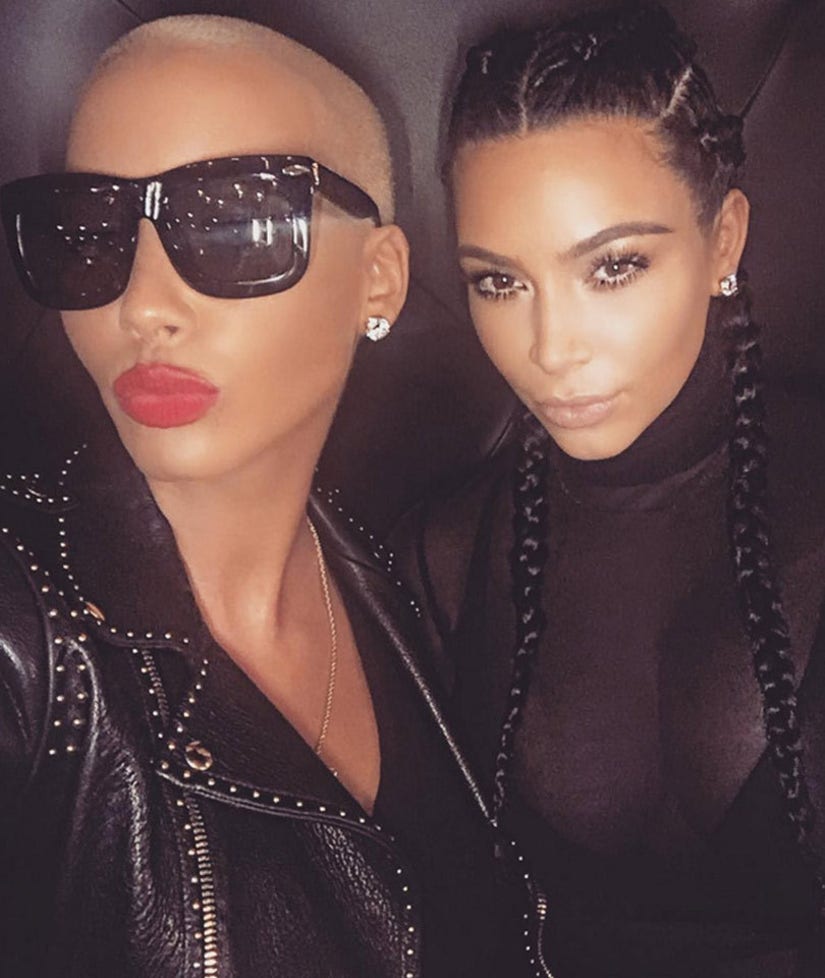 Update: Amber wants to make it clear she has no beef with Kim, after this story made the rounds.

Wtf?! Y'all really want me and Kim to feud huh? Well It's not gonna happen #FakeStory #GirlPower https://t.co/8sdTVMLYjD

Amber Rose has no problem speaking her mind!

Just when we thought there was finally peace between Rose and the Kardashian/Jenner clan, Amber managed to throw a little shade at Kim Kardashian during her latest interview with New York Daily News.

"Let's face it. The only reason these girls have a career is because their older sister had a little fun on tape," the 33-year-old told the site, referencing Kardashian's 2007 leaked sex tape with her ex-boyfriend Ray J.

Amber also opened up about her recent Twitter feud with her ex (and Kim's husband) Kanye West, revealing that it's instances like that which push her to promote female empowerment with her annual SlutWalks.

"I deal with talk like that every day," she confessed. "I recently dealt with that when my ex [West] said he had to take 30 showers after he'd been with me. We were happy when we were together and now I'm getting slut-shamed because we're not anymore ... and it's unfair. I'm sick of it and I'm here for my girls."

We'll get to hear more of Amber's unfiltered opinions on her new VH1 talk show, "The Amber Rose Show," which is set to premiere this summer.

"I definitely wanted a platform to talk about 'sex-positive' and other issues to show people who I really am," she explained about her new gig.

"The producers loved me and told me I needed my own show," Rose said. "Dr. Phil [who will produce the show] was blown away by the pilot and he and his team have been helping me get my chops up ... I'm being schooled by the best in the business," she added.

And when asked if she'll have any of the Kardashians/Jenners on her show or exes Wiz Khalifa and Kanye, Amber shut down the question. "We are not going there," she told the reporter.

What do you think about Rose's candid comments? Sound off below and check out the gallery above to see more celebrity feuds!