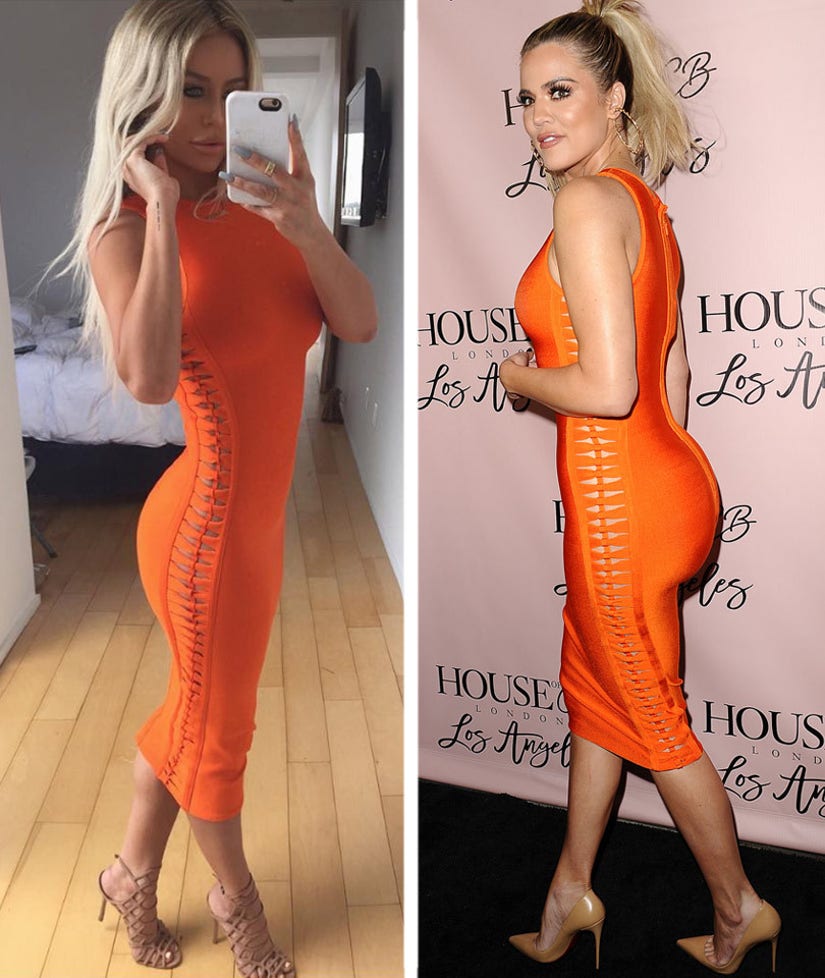 It's a style showdown between two reality star vixens!

Aubrey O'Day left little to the imagination in a figure-hugging tangerine House of CB midi for a "Famously Single" press day on Wednesday. The bodycon dress, which features side ties from top to bottom, perfectly showcased her killer curves. She paired the colorful frock with nude Schutz stilettos, tousled blonde locks and a nude lip.

But, the "Making the Band" alum wasn't the only star to sport this show-stopping look this week!

Khloe Kardashian flaunted her H-O-T bod in the same dress for the opening of the designer's flagship store in West Hollywood on Tuesday night.

The "Keeping Up With the Kardashians" star put her own spin on the style, adding nude Christian Louboutin pumps, a Givenchy envelope clutch, gold hoops and a sky-high ponytail.

The fitness fanatic has never looked better, but she recently revealed that she was overlooked in the fashion industry for being "too fat."

"I definitely think the fashion industry, and people in general, look at me more now that I've lost weight," she told Harper's Bazaar. "Even on shoots, I would never have options for clothing. There would always be this attention on Kourtney and Kim, but I was too much work for [stylists] or they had nothing in my size. I wasn't even that crazy big!"

This dress is perfect for Khloe -- which is why we declared her the winner of this fashion face-off!

Who do you think wore it better? Cast your vote above.