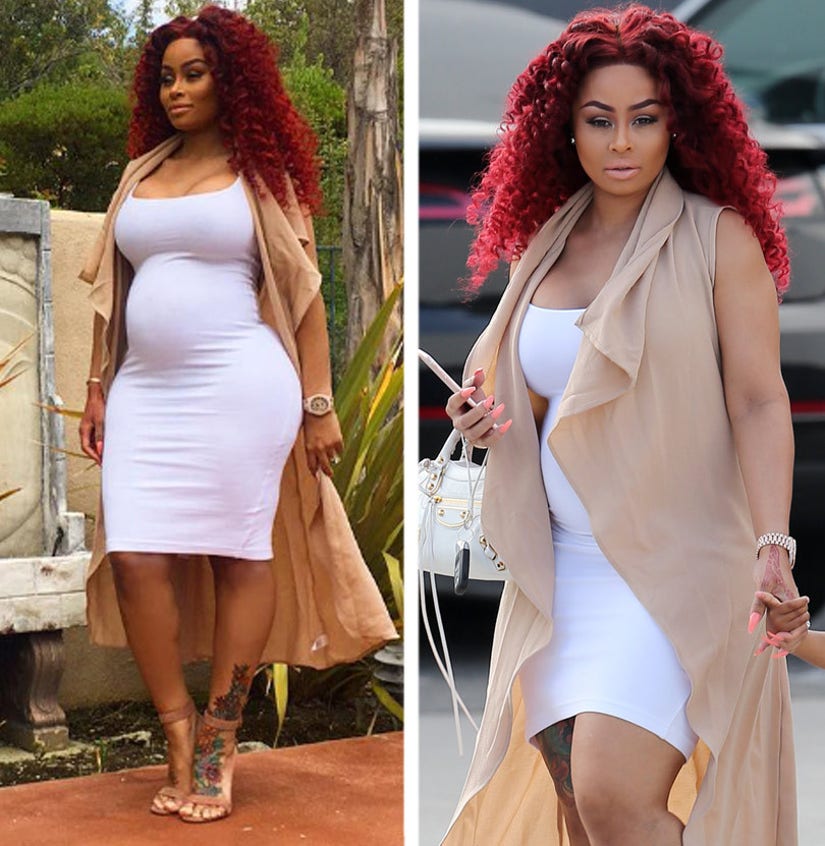 Blac Chyna is ready for her closeup!

Rob Kardashian's fiance and baby-mama-to-be was spotted out in Los Angeles on Wednesday filming scenes for the couple's upcoming reality TV series.

Clad in a skin-tight white dress and tan trench, the 28-year-old proudly showed off her growing baby bump and curly red mane as she brought her son with Tyga, King Cairo, to Sky High trampoline park.

Chyna, real name Angela White, was seen with a camera crew around her as she shot scenes for her six-part "Keeping Up with the Kardashians" spinoff, set to air later this year.

According to E!, the series will follow the couple as they "openly share their new life while setting up their new home and preparing for their first child together."

"Very few love stories have created as much pop culture buzz as Rob and Chyna's, and we are thrilled to see Rob in such a happy place," Jeff Olde, Executive Vice President of Original Programming & Development, said in a statement about the show. "We are excited to share the next chapter in their relationship."

The two are named as co-executive producers on the series, while Kris Jenner is an EP. An additional special celebrating the birth of their first child together will be filmed as well.

The sighting comes as Kim Kardashian just opened up about how the family really feels about Rob's new love.

"We're all on board," she tells GQ. "We definitely see that my brother is happy and getting healthy, and whatever gets him to that place, you know, we're happy for him. Chyna's a sweet girl, and I think we all have so many things going on in our lives that we just want my brother to be happy. Has there been so many crazy things that happened? Yes. Is the whole situation, you know, just…? I think people want to feel like we're all beefing and have this crazy fight, and we're really not. I think the drama naturally follows us."

Happy to see everyone coming together now that the family is growing even larger? Sound off below!