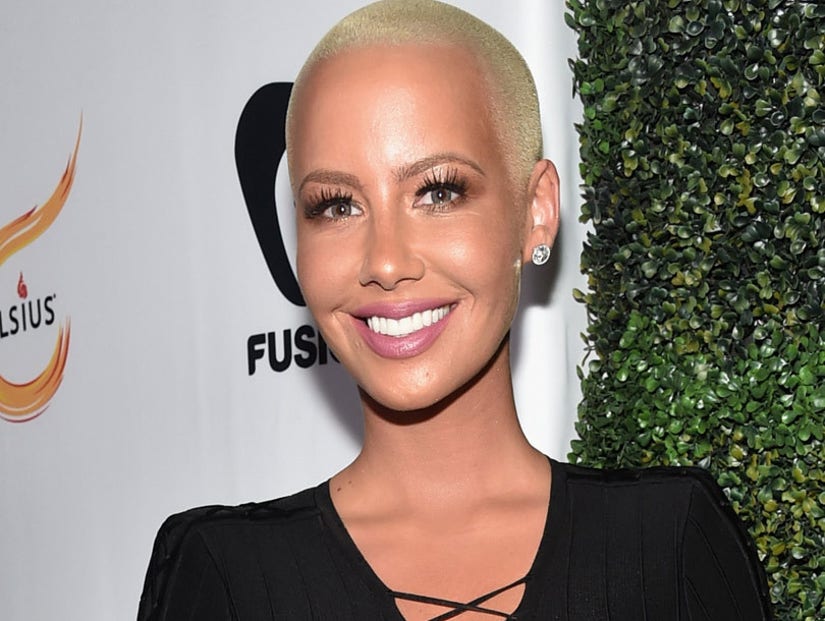 Amber Rose keeps trying to distance herself from the Kardashians ... it's everyone else that can't seem to do it!

"Who are some of the people who will come on? Are you gonna have any of the Kardashians? Did you and Kim bury the hatchet," the host asked.

"I'm not talking about Kim. This is about my show on VH1," Rose shot back, with a laugh.

Someone she still does have a surprising relationship with is her ex husband, Wiz Khalifa.

The two, who share a child together, recently went to the strip club together ... of all places!

"We did [go to a strip club recently]. Yeah, we spent like $30,000 that night. It was awesome," she exclaimed. "I'm a former dancer so I can never go to the strip club without at least spending twenty [thousand dollars] … cash."

"I do [have a good relationship with Wiz Khalifa]. He's my best friend," the 32-year-old stunner continued. "He's Sebastian's dad and we really love our son. He's the most important thing in our life."

And while Kim's out, Amber also revealed who she'd realllly like to have on her show.

"My dream guest would be Madonna. I would love her to come on, I love how she's so unapologetic," Rose explained. "People talk about she's a mother, why does she dress like that ... the next red carpet she has her butt out again. I think it's so cool that she doesn't care and just does her."