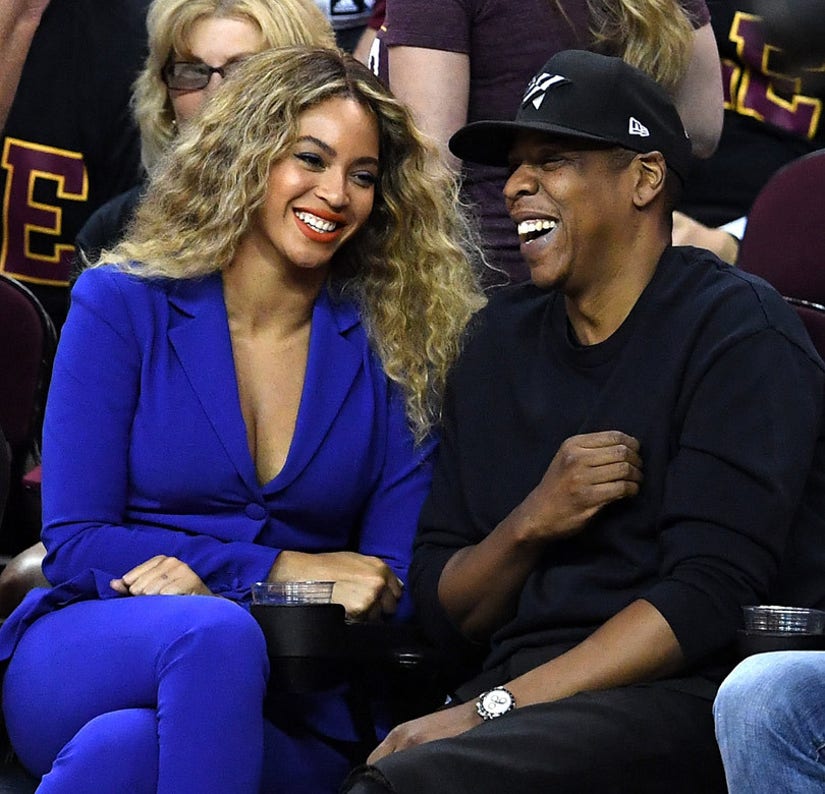 Beyonce and Jay Z are looking stronger than ever!

Queen B was spotted sitting front row with her rapper hubby at the NBA Finals in Cleveland, Ohio on Thursday.

Bey looked gorgeous wearing a royal blue pantsuit, complete with a tangerine lip, as she watched the game with the "99 Problems" rapper. Jay kept it casual wearing a black cap, a black sweater and ripped jeans.

The pair were all smiles during the game, laughing, cuddling and looking into each other's eyes. 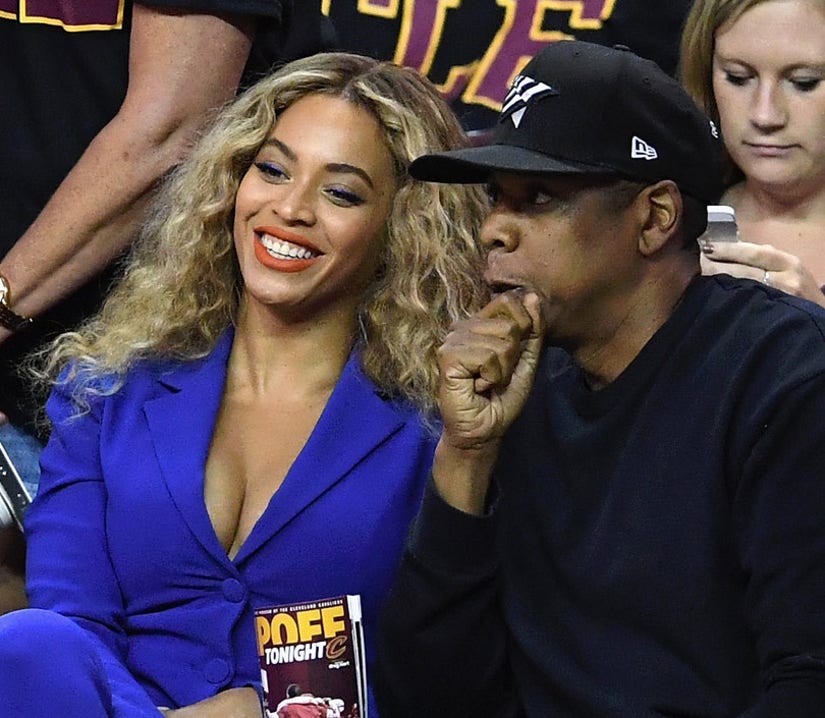 Though Beyonce hinted at Jay's infidelity during their marriage on her new album and HBO special for "Lemonade" -- with a large portion of the special focused on Beyonce singing about being a scorned woman, whose man had been stepping out with a side piece -- it looks like they are in a much better place now.

"They definitely went through a rough patch a couple years ago, but they came out stronger in the end," a source close to the couple told PEOPLE earlier this year.

It definitely looks like the Carters are stronger than ever! What do you think about their courtside PDA? Sound off below and check out the gallery above to see more of Bey and Jay Z's best candids!