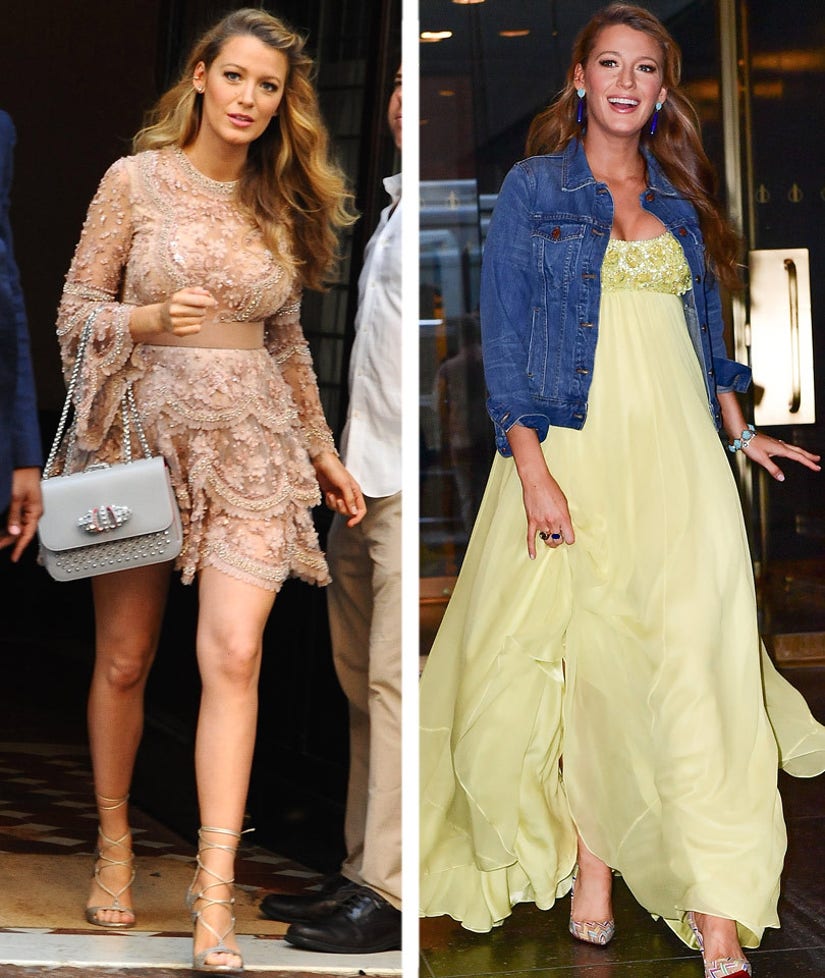 Blake Lively has perfected the art of dressing her baby bump!

The actress, who's expecting her second child with husband Ryan Reynolds, kept her growing belly under wraps in a pale pink lace mini by Elie Saab as she headed to an interview with "TODAY" in New York City. She completed her show-stopping ensemble with neutral Stuart Weitzman sandals, tousled blonde waves and a nude lip.

The fashionista later made a quick outfit change, showing off her curves in a yellow maxi with an embroidered bodice and empire waist, which she paired with bedazzled Christian Louboutin pumps and a denim jacket.

During her interview with the morning show, the "Gossip Girl" alum couldn't help but gush about her 1-year-old daughter, James. "She's always doing something fun and exciting," the proud mama said. "She's the most fun, funny human being I've ever been around in my life."

Blake may be pregnant with baby no. 2, but she already has more kids on the brain!

"I'm one of five kids, my husband's one of four," she explained, before joking about her future offspring. "We're officially breeders. You can go on our website and we will give you some of our children."

Next up, fans can see Lively battling a great white shark in her upcoming movie, "The Shallows." It seems, her hunky hubby inspired her to take on the role.

"He did a film called 'Buried' where he's in a coffin the entire time. That was, I think, probably even harder to do because you have to carry the movie in a box," she revealed. "At least I got beautiful settings and a shark and all these things to help me! But an isolation film is tough. It's you the whole time and your imagination. I don't know. I hope people like it."

Blake also admitted that she wasn't afraid of the sharks, despite her character's bad luck. "I actually had an amazing experience," she recalled. "I went diving with great white sharks and an incredible shark conservationist. Being in the water amongst them, it suddenly takes away that fear, because you see them in movies and they're villainized and all of that, but when you're in their habitat, you see that they're not actually hunting you, you know? They're just in the sea."