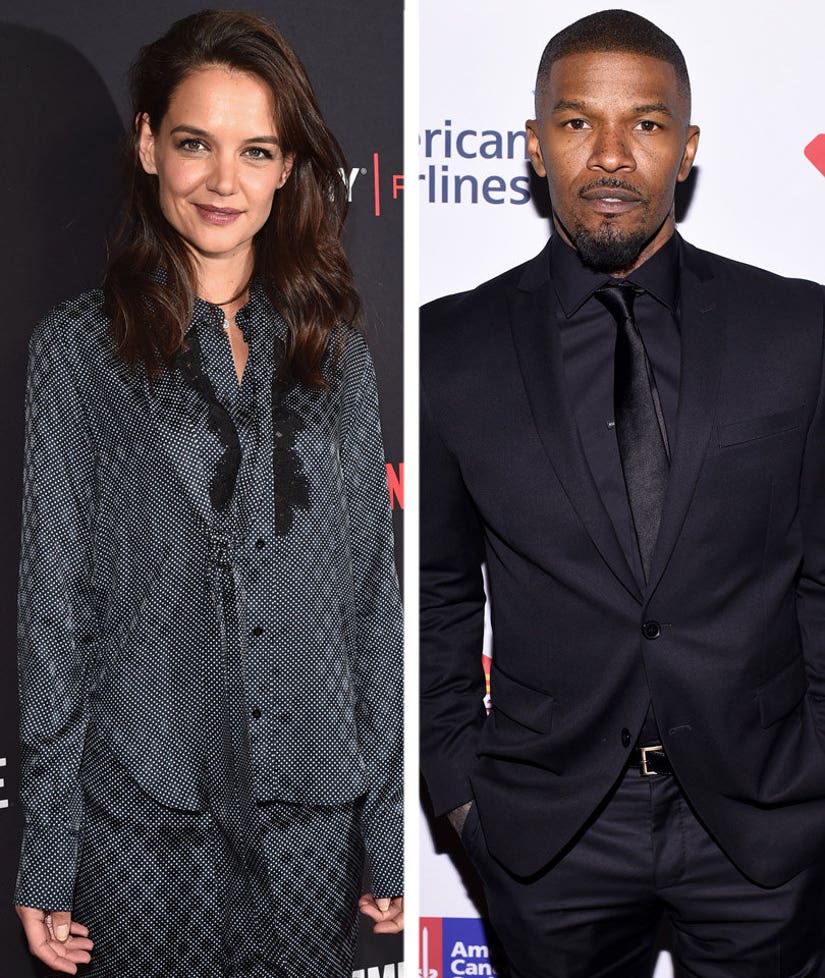 UPDATE: Claudia Jordan just took back everything she said about Jamie Foxx and Katie Holmes, claiming she "misspoke" in a previous interview.

"I have no knowledge of Jamie with Katie at all," she tells ET's Kevin Frazier. "I've never seen them together, he's never told me he's dating her."

"A lot of times, I get asked questions about celebrities -- some I know, some I don't -- a lot times we just give a safe kind of generic answer," she adds. "Sorry to not have this bombshell story, but I cannot confirm them. I don't have the knowledge of this being fact. I misspoke."

Claudia Jordan just let the cat out of the bag!

Appearing on "Allegedly with Theo Von & Matthew Cole Weiss" on Tuesday, Jordan first shot down rumors she ever hooked up with the "Django Unchained" star, simply calling him a "good friend" of hers.

When asked about his rumored relationship with the "Dawson's Creek" alum, she added, "He is very happy with her. I like that he seems very happy."

A rep for the actor had no comment. Holmes' people weren't immediately available to respond.

The two made headlines earlier this year after they were both spotted wearing gold rings on that finger, though Jamie's rep shot down any rumors of an engagement at the time.

The duo have been linked since 2013, after they were seen dancing together at an event in the Hamptons.

Last March, Foxx told a photographer in Los Angeles that they were "just friends," adding that the tabloids have been "trying to get that to stick for three years."

"Good story I guess," he added. "That's just part of our lives, part of the business."

Do you think they're really hooking up? Sound off below!